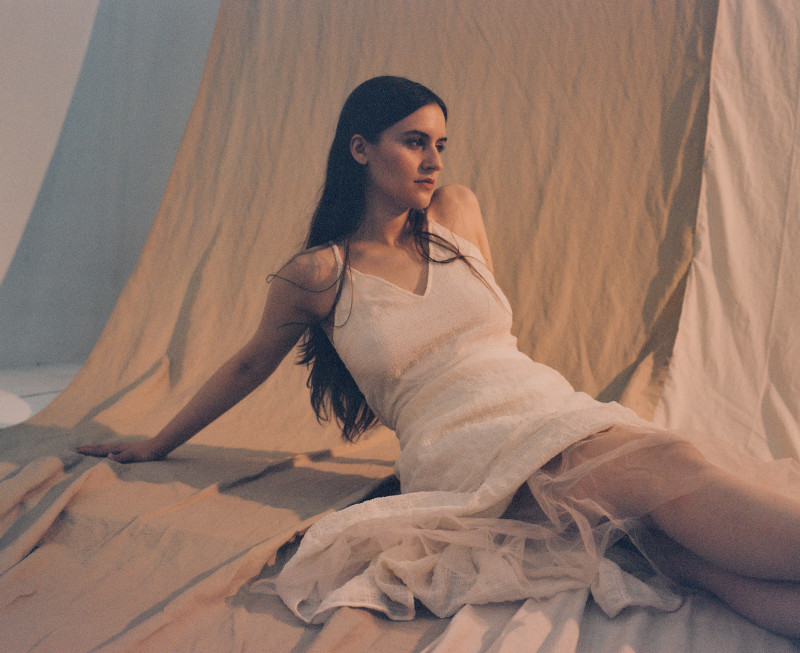 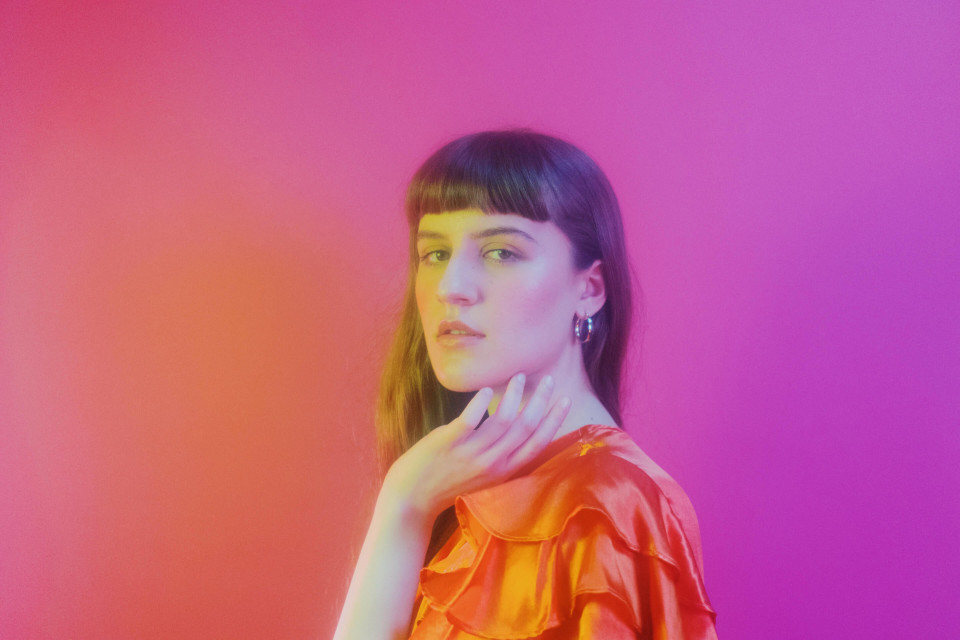 Montreal harpist Emilie Kahn has released Outro in 2019, the lush follow up to 2015’s 10 000. Formerly known as Emilie & Ogden, Kahn’s latest is a shimmering collection of indie pop teeming with adulthood’s melancholy. Having shed any monikers, Outro is Emilie’s pained exit from youth, an honest accounting at once anthemic and intimate. Produced in collaboration with Warren C. Spicer of Plants and Animals, Outro is a fearless pop record from an artist determined to swing for the fences.

Emilie Kahn was raised on the outskirts of Montreal. Her parents met in a parking lot.

In late 2015 Kahn released 10 000 under the moniker Emilie & Ogden, a record of folk- inspired indie ballads soaked in the pains of youth. The harpist traced a lovesick narrative across haunting blends of electronica and indie rock, a track list of lush landscapes driven by tales of bad breakups and hurt feelings. Released under Montreal staple Secret City Records, 10 000 was a pop album of its own league, and it quickly garnered wide acclaim for a new artist only beginning to discover her talents.

Her initial success gave way to more: A viral video became a headlining tour; Festival circuits and sold out marquees; Stints opening for Half Moon Run; European dates with Plants and Animals. Soon, Emilie had found her seat at the table in the burgeoning Montreal indie rock scene.

3 years later, Kahn is no longer the same songwriter. She’s dropped the moniker and with it any sense of impersonation; what’s left is Emilie as herself, a keen writer determined to bend pop to her will. Outro, her latest effort, produced in collaboration with Warren C. Spicer of Plants and Animals, shows a craftsman come into her own. The songs have become something else, something older. Outro is a remorseful exit from youth, a pained look back as Kahn pores over every misplaced feeling and bad call. Teeming with adulthood’s melancholy, Kahn offers indie pop crafted with a miniaturist hand toward intimacy while still reaching for the grandiosity of the genre’s icons. This is a record that stings as much as it soothes, and never misses a chance to swing for the fences as she glances around one last time before heading off to some future island.

Kahn is a gifted singer and songwriter. She knows it, too, and in the best possible way

Kahn’s angelic voice works as well as any instrument could, and her intricate harp work proves that she doesn’t exist as a reincarnation of [Tori] Amos or [Joanna] Newsom, but a newer, more modern variety.

... She has a clear point of view, and whatever else happens here — the album’s producer, Jesse Mac Cormack, contributes banjo, guitar, bass and synthesizer — it always boils down to her voice and her instrument, a relationship that’s anything but fickle.