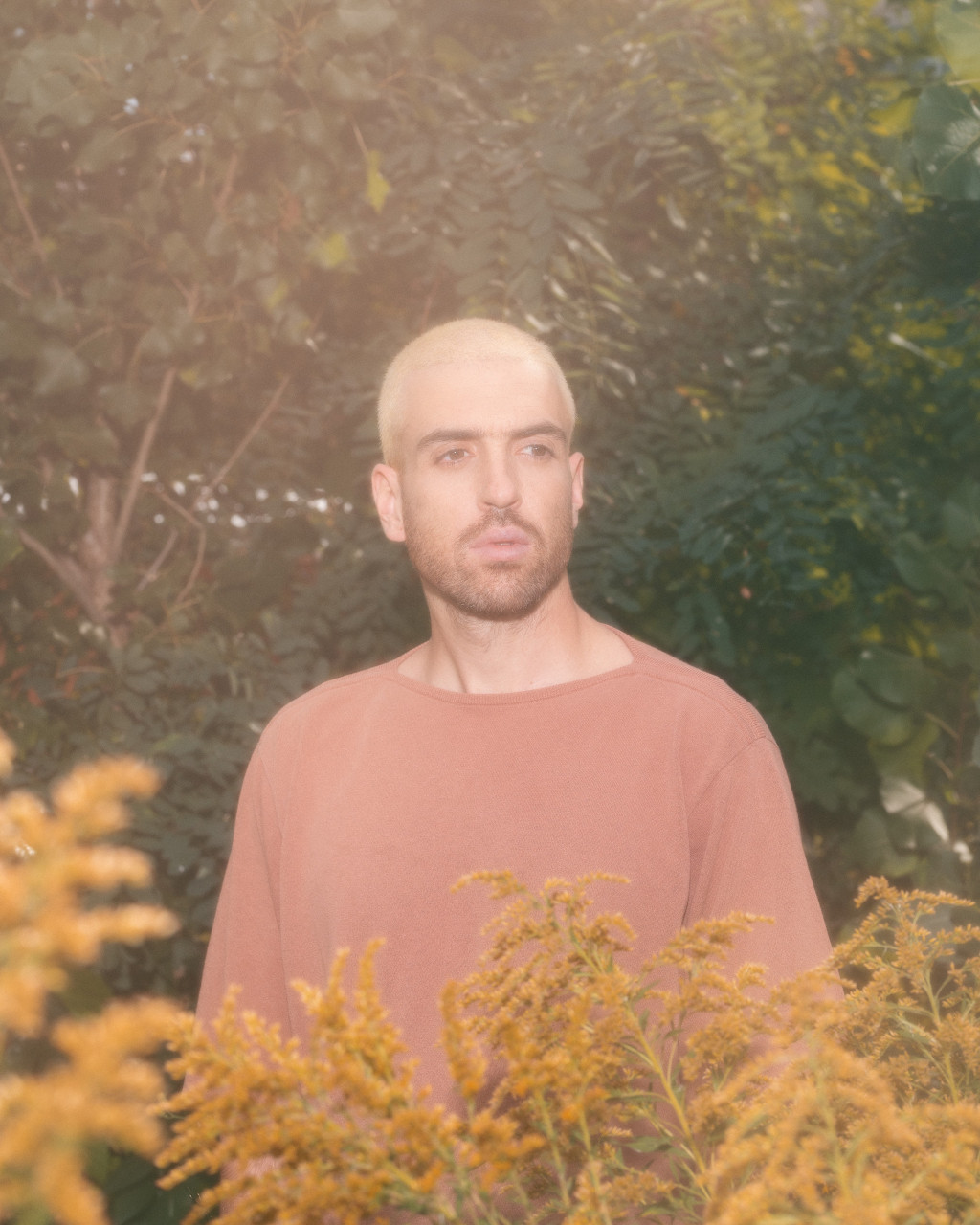 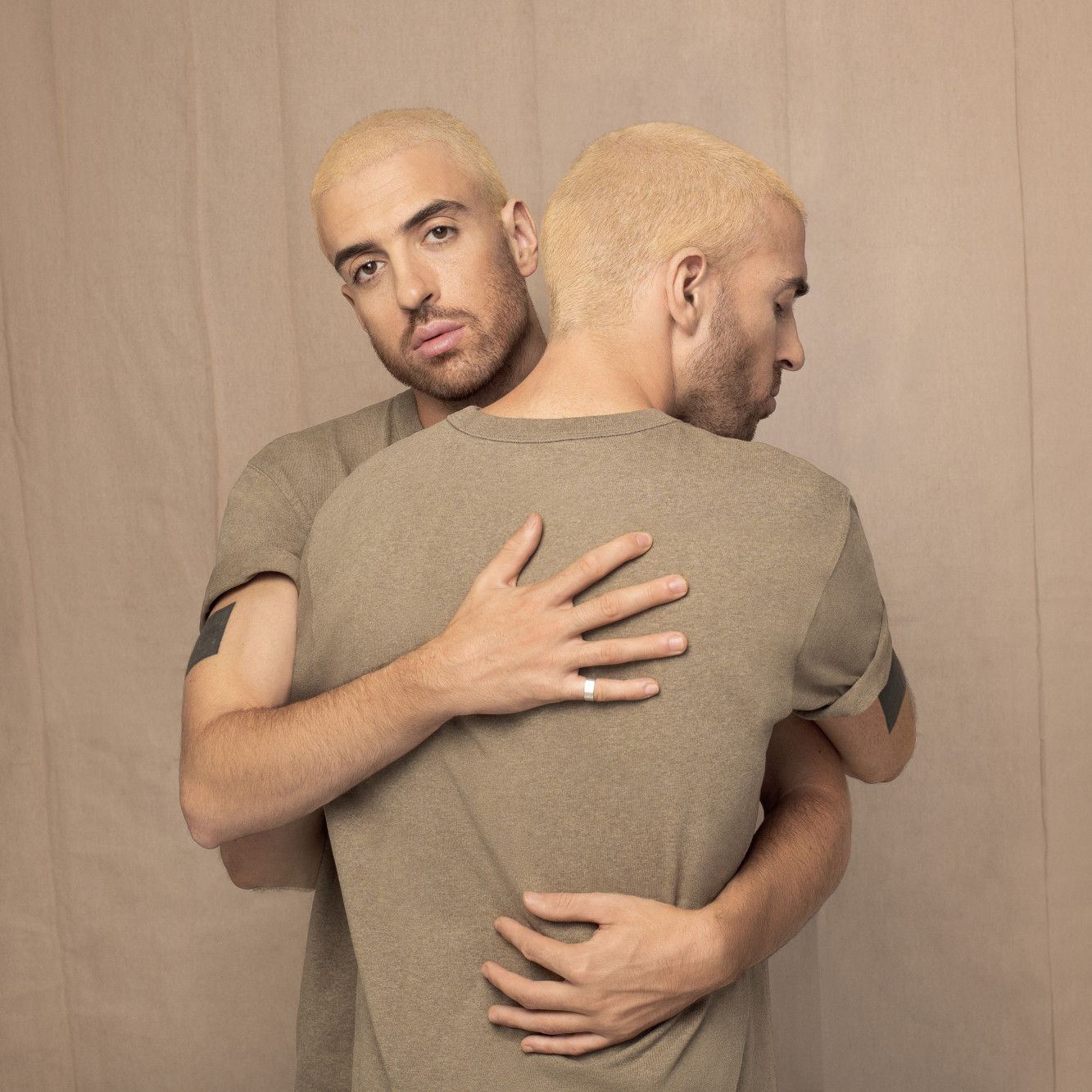 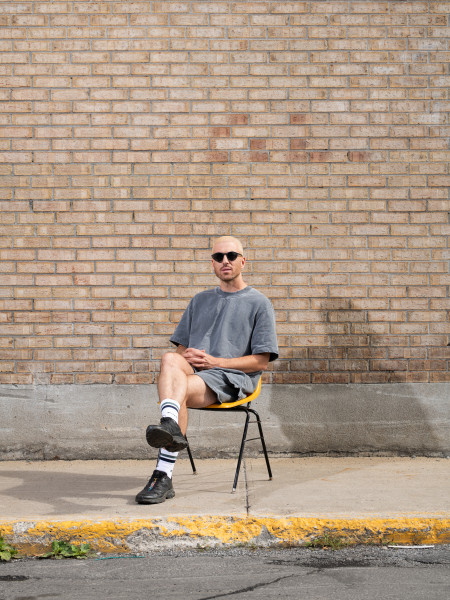 Jesse Mac Cormack’s at last beginning to see what his music is all about. His second studio album is piercing as a look, tender as a goodbye—a collection of electronic songs that lift and crash like waves upon a shore. After a recording process that was by turns nourishing and peaceful, lonely and anguished, the gifts of time, distance and therapy have allowed the Montreal songwriter to finally understand everything he wants to say. His new album SOLO was released on April 8, 2022.

Jesse Mac Cormack's at last beginning to see what his music is all about. His second studio album is piercing as a look, tender as a goodbye—a collection of electronic songs that lift and crash like waves upon a shore. After a recording process that was by turns nourishing and peaceful, lonely and anguished, the gifts of time, distance and therapy have allowed the Montreal songwriter to finally understand everything he wants to say.

Whatever you go through, you're always going to be alone with what you're living, Mac Cormack tells me. It's a sunny day and we're sitting on his rooftop patio, beside the garden boxes he carefully tends. The squirrels keep getting the tomatoes, he says with a laugh. He is calm about it. Calm but focused: some things we can control; some we can't.

This was a hard-won lesson. In the deepest depths of the Pandemic, with a relationship in its ending, Mac Cormack recalls sending a text to his therapist: "I'm not meeting with you every week just to hang out," the bilingual musician wrote. "Je veux que ça saigne"—for the work to "bleed." To mean something. The next time they met, his therapist explained: "That message you sent me? You were really sending it to yourself. You were taking a decision."

That decision—to move forward, to change, to really see oneself—is the journey of the past two years and also of SOLO, which gleams and shivers and pulses with the heartbeat of an artist in beautiful evolution. It was recorded over the course of a year and a half, from the before-times to lockdown to a newly tranquil present. This is a softer album than his first album Now (2019), Mac Cormack's acclaimed debut, but it's riven by the fear and flood and disappointment that marked these recent years—and the singer's childhood. Everything he is—it comes from what he lived through. And now, finally understanding this, that has begun to stop being in reaction to it.

Flash back to spring 2020—holed up in a chalet, Mac Cormack is sitting on the floor with a computer, a keyboard, a guitar. He makes his music in silence, trying not to disturb anyone. "A&E" is a song about the failure of love, the impossibility of paradise. (Its lyrics appear twice on SOLO, evaporating into the closing track, "Pattern.") Another tune, "LBTA," strains toward love's memory—toward a time when passion felt simpler, close enough to touch. "I wish you were my runaway," Mac Cormack sang into the mic. During that original performance, this was the expression of a wish: that a certain person had been the one. Hearing it now, the 32-year-old Mac Cormack hears something different: the way he tried to escape himself, into somebody else.

Other tracks reckon with denial, apocalypse ("Blue World") and a psychedelic reverie at the Festival de musique émergente in Rouen-Noranda ("All at Once"). "Untitled" is a dream of new love and its potential, whereas "L.A. Sky" and "The Hills" both play visits to California: the first for Los Angeles's supposedly endless possibility, the second for the story of an imaginary Hollywood star and his reckless finale. Throughout it all, Mac Cormack summons a sonic world that's razor-edged and intimate, influenced by the textured electronics of James Blake, Little Dragon, Caribou and SUUNS. Once again, Mac Cormack plays almost every instrument himself, surrounded by a soundtrack of one. Drum machines stutter under blooms of synths; curses float below swirls of loving sound. Mac Cormack has hidden so much discomfort inside an album that's warm and glimmering, like a stormcloud before its strike—and even now, after the season's passed, there's still lightning in the air.

Mac Cormack has still largely kept his established style, but he’s also built it into a force of multitudes.