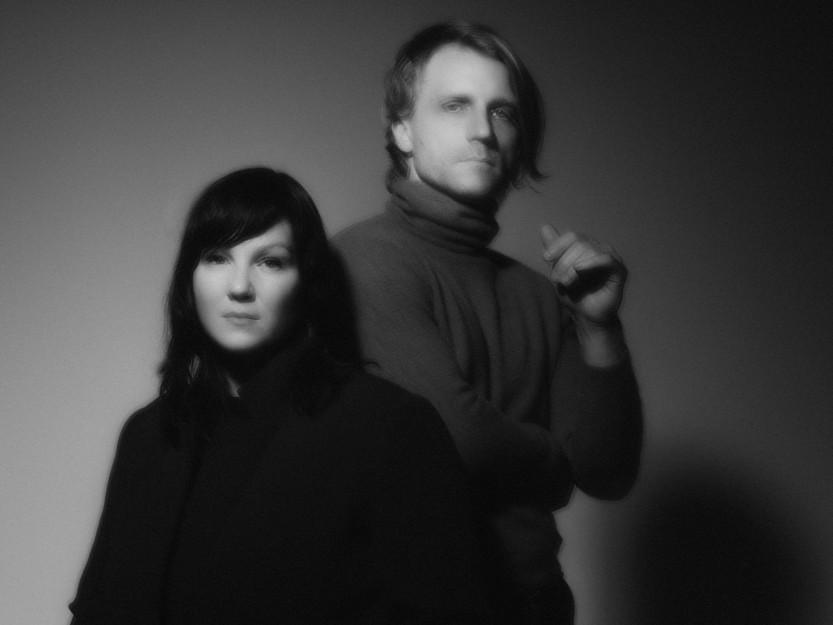 Lesser Evil is Ariane and Christophe, who grew up strangers in houses next to one another in the same small town, met years later and morphed into a haunted two-headed beast of a musical duo as if it was always in the cards. Driven by Ariane's vocals, Christophe's electronics and a shared propensity for refined-meets-broken production, they plumb the depths of sound and mind in ways equally intense, intricate and immediate.

Lesser Evil is the preordained, yin-yang duo of Ariane M and Christophe Lamarche-Ledoux, two musician-producers with a shared penchant for plumbing the depths of craft, for letting themselves get lost and yet never losing touch with feeling. They make music that is dark, intricate and urbane, carried by Ariane's haunting voice and Christophe's next-level synthesizer palette, swimming over sparse beats and touches of acoustic instruments played by themselves and a deft cast of Montreal musicians. Subterranean is their first full-length album.

Their story begins above ground, in two houses next to one another, where Ariane and Christophe lived from ages seven to seventeen, their bedroom windows exactly opposite, having no designs on ever being friends. Years later, as it happens, they found themselves in the same studio session at the same time. So it began for real: two people, almost strangers yet already something like family.

The meeting led to a first project, a self-titled EP born of a stint deep in the woods in an RV- turned-studio with no water, two mics and a rickety power generator. Both are classically trained, jazz schooled and production-consumed. Ariane has been writing songs for as long as she can remember. Her melodies and lyrics serve as the starting point. Christophe (Organ Mood, feu doux, Chocolat) has worked as a composer, producer and engineer with a full spectrum of artists. His approach is playful and oblique. They work collectively to the end: sound design as instrument, boundary warping, rawness and patience as practice.

Subterranean is the expansion of this creation process and friendship found. It's fleshed out and refined, more ambitious and more knowing. It also comes from a time of tumult in Ariane's life where she took a deep dive of her own, seeking solace in the fathomless realms of Jungian analysis and existentialist fiction. This exacting path and conscious pushing ahead plays out in her lyrics:

Hurdling back Crawling through

To evade from the past and Choose

"I lost pretty much everything and it sent me down a very long and arduous spiral," she explains. "I dwelled in this limbo, honing new songs, convinced I was learning important life lessons and getting closer to who I truly was.”

And there unspools a technicolor stream of imagery from the underland, the veins of the body, electric impulses moving through neural pathways, claustrophobic spaces that open up into moments verging on euphoria. Broad explorations cut concisely into ten tracks. Production in which the best imperfections stick and broken sounds are made elegant. Where they pitch shift and crush a voice into multiple sides of a self. The collective experience of Ariane and Christophe is audible, and underneath it, unmistakable shades of musical influence from their formative days in two facing bedrooms in the 1990s—their progressive and very personal take on those trip hoppy sounds of alienation and outlet, the weight of the world above made suave.

All the while, in fleeting moments, through the cracks in the surface, light pokes through. As Ariane sings in another, amidst the thick loom of a descending synth line:

Insurmountable heights Yet I keep ascending

[...] dark, mysterious, and smoky, pulling from surf, psych, ’60s orchestral pop (Lee Hazlewood, Scott Walker), jazz, and other sounds you could imagine David Lynch smoking to. Singer Ariane M has the perfect voice for this kind of stuff that sounds vintage and modern simultaneously. Lesser Evil are reminiscent of a lot of artists — Broadcast, Portishead, Roisin Murphy to name three — without ever actually sounding like them. No small feat.