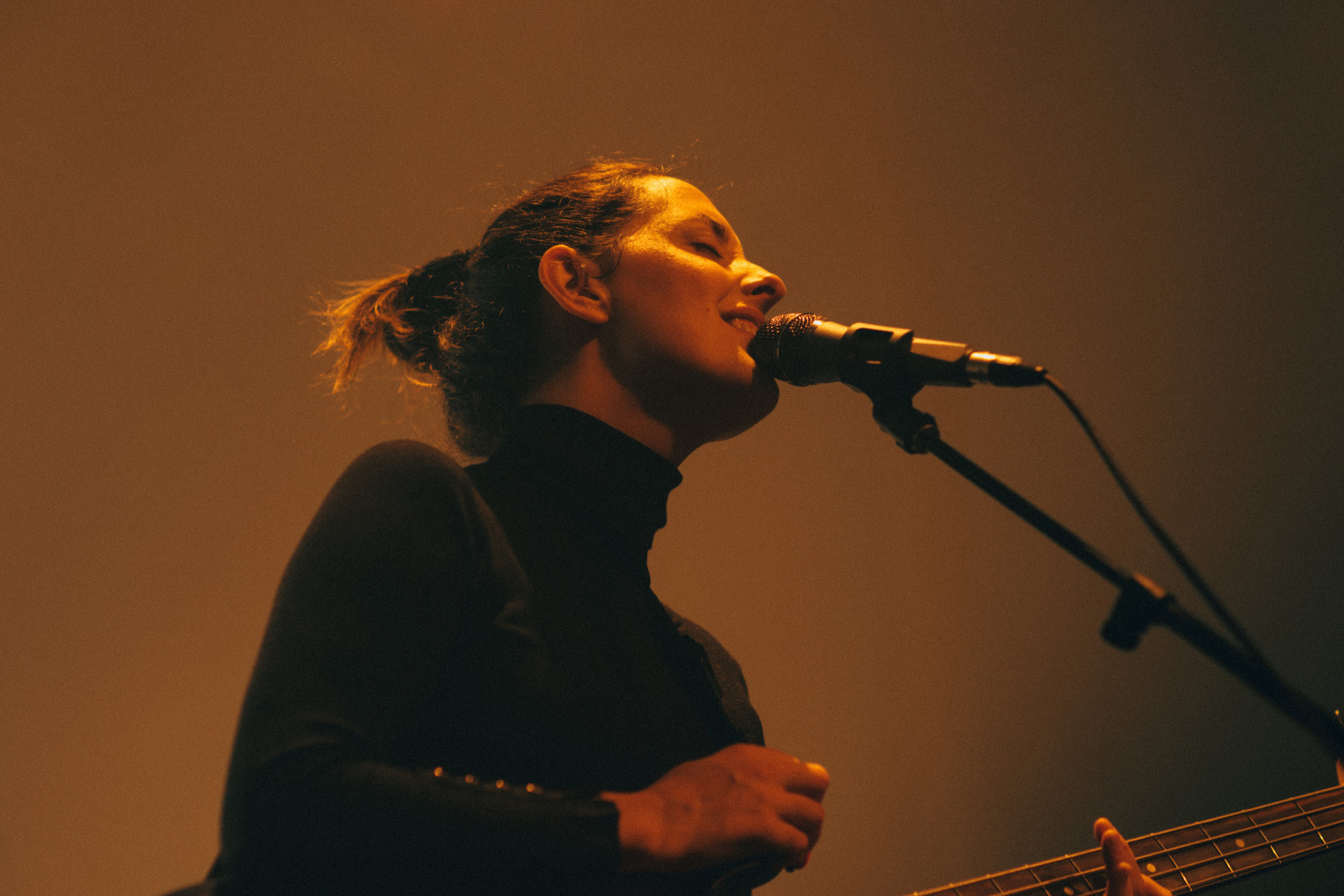 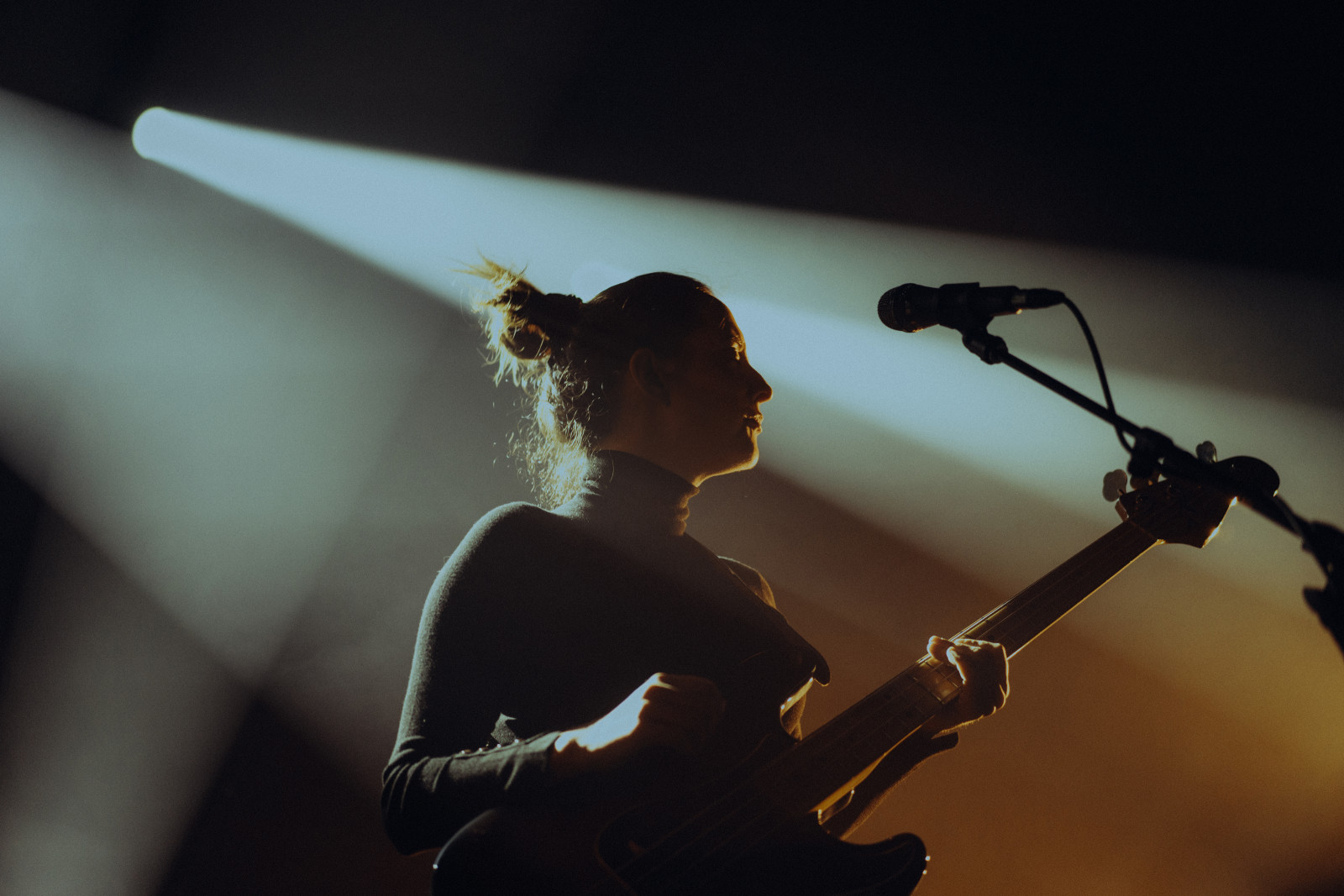 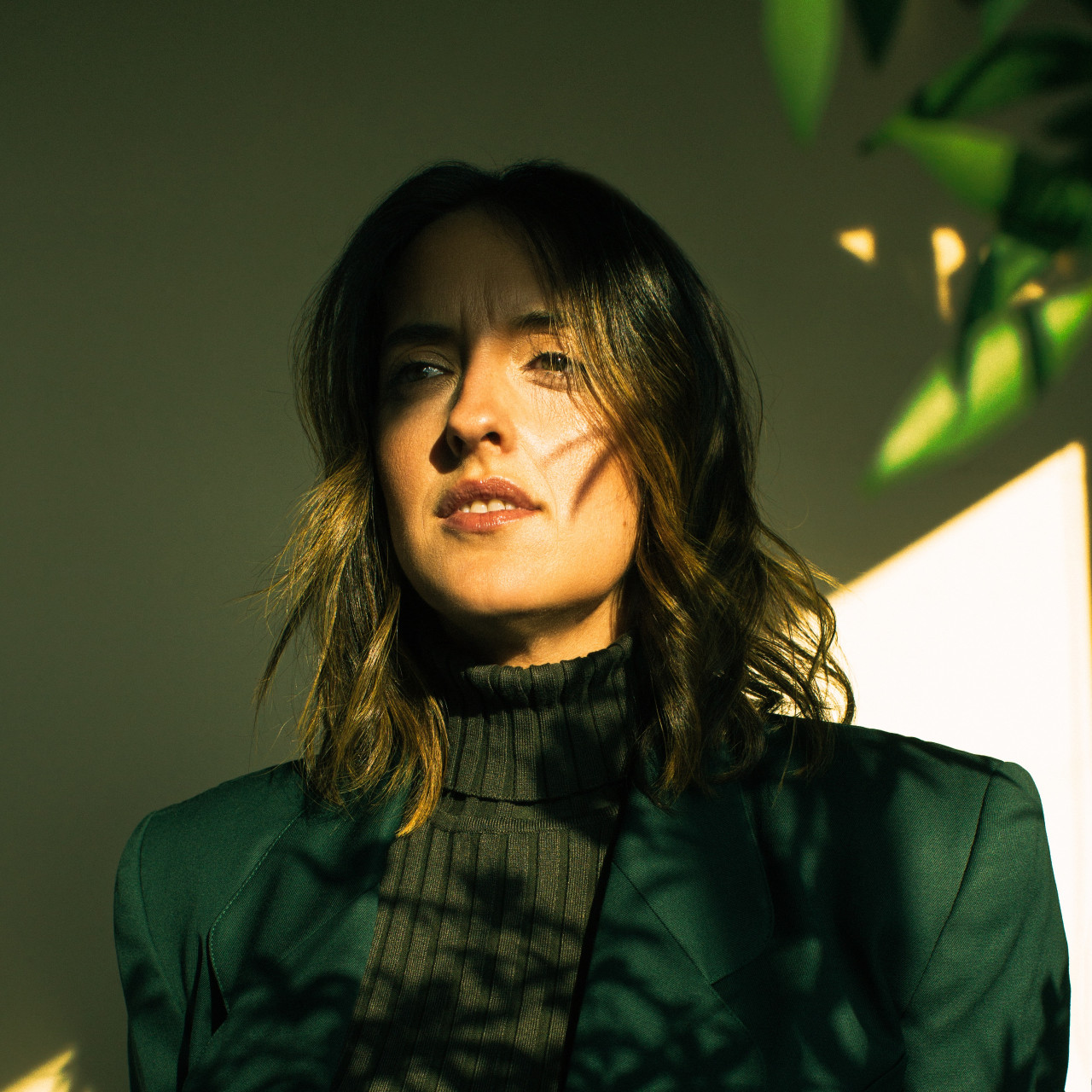 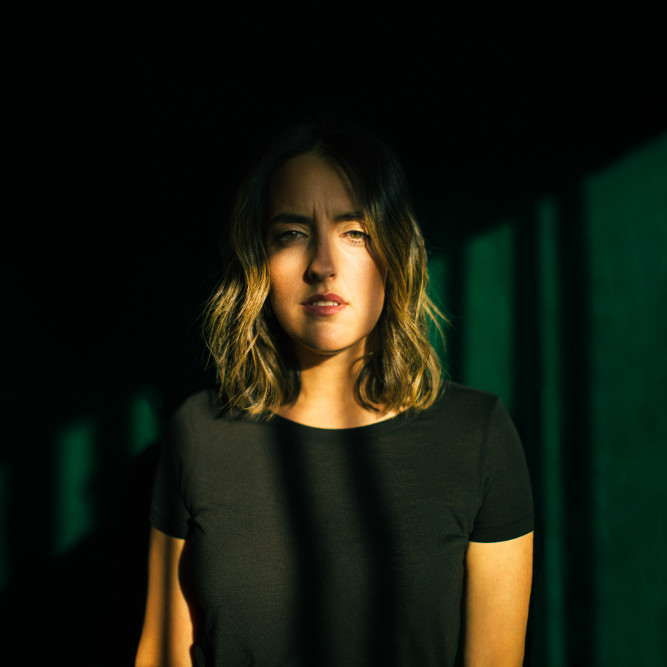 Marie-Pierre Arthur has been an emblematic figure in Quebec's music scene for over 10 years. After touring the roads of French-speaking territory with her three albums, she felt the need to slow down in order to explore different ways of composing, playing and singing. Marie-Pierre, an instinctive, percussive, talented and fragile woman and artist, comes back more creative than ever after these last years of reflection. Her fourth album, Des feux pour voir, revolves around family, love, music, friendship and the passage of time. As life settles into a routine, everything become boxed in, striving to repel the feeling of limits that threatens its present and future world. Marie-Pierre Arthur accompanied by her friends and musicians, Sam Joly and Robbie Kuster on drums, François Lafontaine on guitar / keyboard and Nicolas Basque on guitar deliver a new concert without compromise.

For the past decade, Marie-Pierre Arthur has been one of Quebec’s most beloved and respected artists. After gracing stages across the province and francophone Europe with her first three records, she felt the need to pause and explore new ways to write, play, and sing. Her latest effort, Des feux pour voir, finds Marie-Pierre at her most instinctive, creative, fragile and poignant.

This work greatly revolves around family, love, music, friendship, and time going by: when life gets too comfortable and anchored, when each element fits in its box, Marie-Pierre pushes off the implied limits of her own world, both present and future.

Coproducing Des feux pour voir alongside François Lafontaine and Sam Joly, Marie-Pierre found herself in creative experimentation, allowing herself to go beyond specific musical genres and styles. Each previous album included a slew of collaborators (François Lafontaine, Sam Joly, Joe Grass, Nicolas Basque, Robbie Kuster Olivier Langevin, Erika Angell, Lisa Moore, Pierre Girard), that has grown into a musical family, lending a special sensitivity to the recent creative process. As Marie-Pierre cowrote the lyrics with her close friend Gaële, artists Laurence Nerbonne and Louis-Jean Cormier also pitched in for a handful of songs. The result is an eclectic album, with shifting moods and expectations.

The first single, Dans tes rêves is evidence of these fruitful alliances. This fourth album shows once again Marie-Pierre at the forefront of her musical reinvention.

The musician’s solo career began back in 2009, as she released her first eponymous album, which quickly distinguished Marie-Pierre thanks to her high-flying folk rock. In 2012, a second record, Aux alentours, was greeted with critical acclaim and numerous honours (5 nominations at the Gala ADISQ, another at the Junos for “Francophone album of the Year”, a place on the coveted Polaris Prize list and winner of the “Best Pop Album” at the 2013 Independent Music Award). 2015’s Si l’aurore, which dug further into blue-eyed soul and soft-rocks sounds, further solidified her place in Canada’s musical landscape, winning a Felix prize for “Album of the Year – Adult Contemporary” and another Juno nomination.