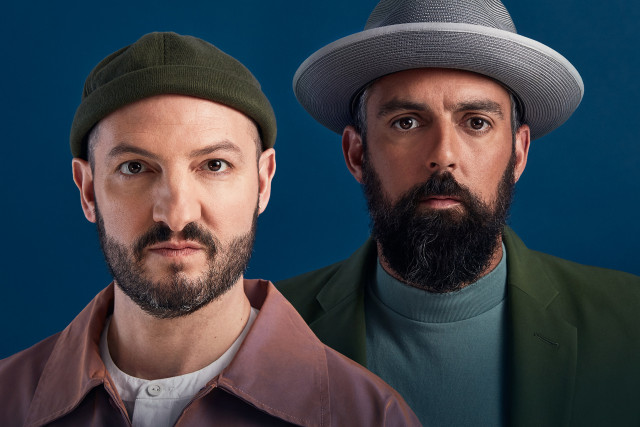 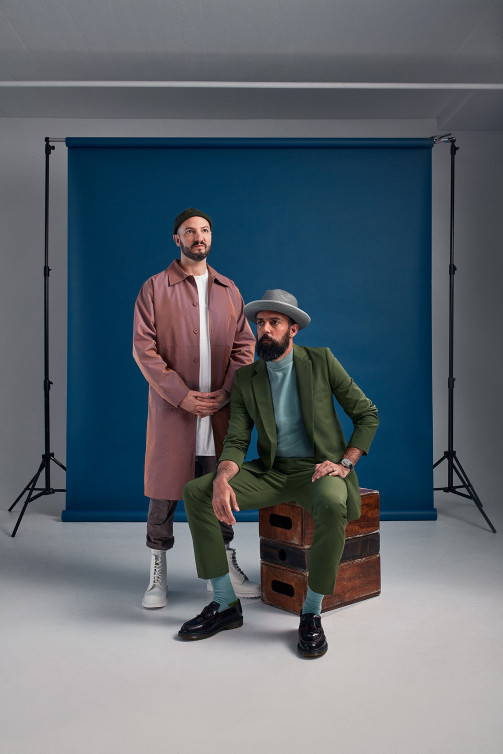 Making waves across the country and beyond, the electro rap of the Montreal-based Maritimers Radio Radio is living proof that language barriers don't exist when it comes to their eclectic French-Acadian lyrics and contagiously fun hip-hop beats.

Since their first releases Télé Télé EP (2007) and Cliché Hot (2008), Gabriel Louis Bernard Malenfant (NB) and Jacques Alphonse Doucet (NS) have impressed journalists and the public alike with their catchy hip-hop/electro-flavored hooks. With their second album Belmundo Regal, short-listed for the 2010 Polaris Music Prize, the Acadian duo won many awards, such as an Independent Music Award for Rap/Hip Hop Album (2011), a Miroir for Best Hip-Hop/Urban Performance at the Festival d'été de Québec, and a Révélation Musique 2010-2011 Radio-Canada title, as well as a Félix for Hip-Hop Album of the Year for their third full-length, Havre de Grâce (2012).

After conquering the city (Cliché Hot), the sea (Belmundo Regal) and the stars (Havre de Grâce), and thus closing the first chapter of their story, the band wanted their next album to capture the energy of their live shows. The result is Ej feel zoo, released on March 2014. Having grown up in an environment where Anglophones rub shoulders with Francophones on a daily basis, the Acadian duo then offered their first album entirely in English, titled Light the Sky, in February 2016. The music on this album was produced by Shash’U, DJ Champion, J.u.D. and Alex McMahon.

After being active for more than a decade, Radio Radio return today with the festive single Last Call, just in time for summertime. The new single was produced by RealMind (Becky G, Loud), with the help of France Basilic (Valaire, Qualité Motel), and Kim Ho (Creature), who accompanies the band on tour. On the groovy track, the Acadian duo - now based in Montreal - reminisce about their journey and give thanks to their fans in their classic colourful candor.

Over the past few years, Radio Radio has become a must-see act, having performed at, amongst others, the FrancoFolies de Montréal, the Festival d'été de Québec, the Festival International de Louisiane, SXSW, and the CMJ Music Marathon, as well as numerous festivals in France and Belgium.

Their energy was standout from the very beginning, and everyone in the room was having fun alongside them.

Hands down, Radio Radio is one of the most flat-out fun live band I have seen, leaving the crowd a tired, sweaty, and satisfied.