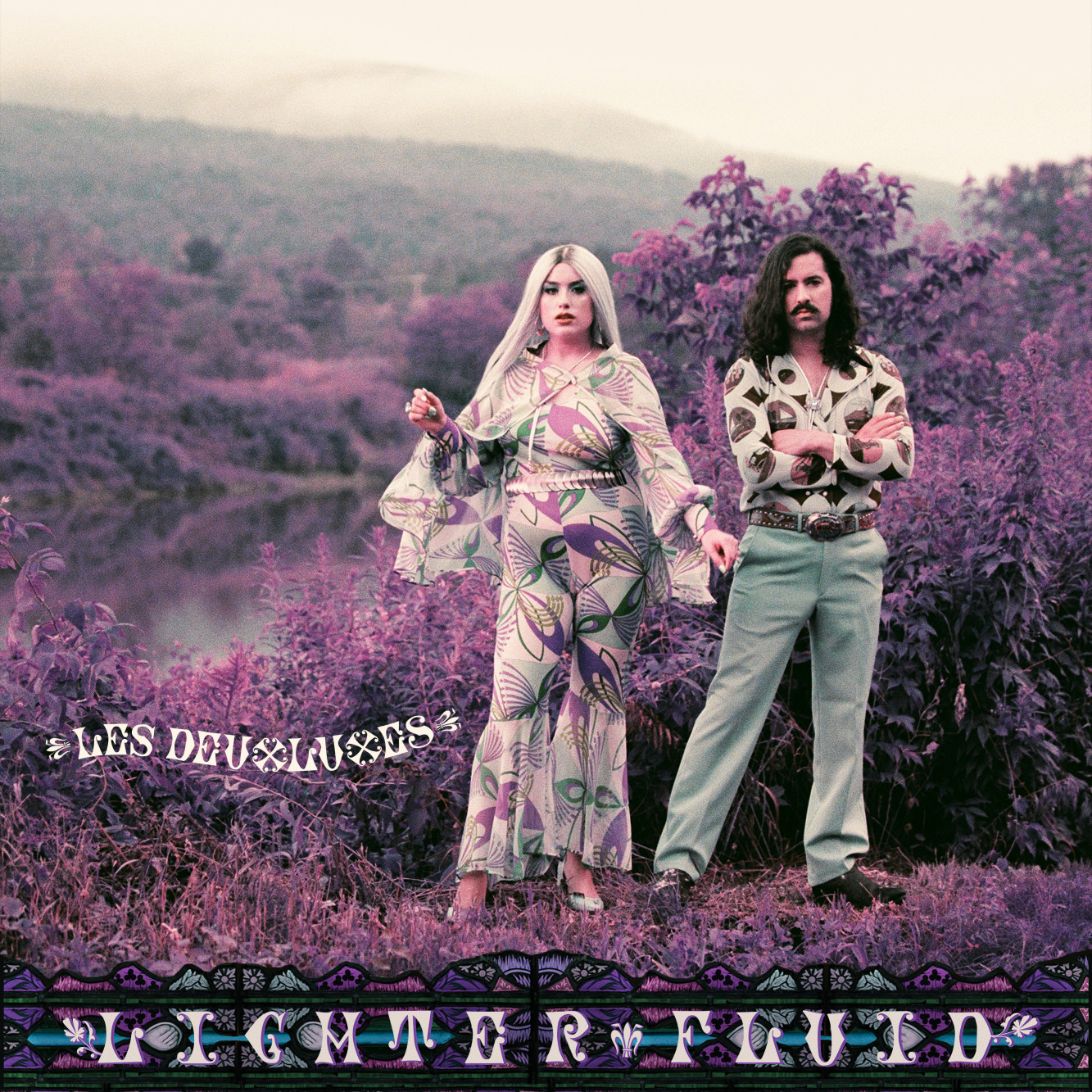 Laced with psychedelicism, yet firmly anchored in rock’n’roll, Lighter Fluid was written in the reclusive countryside where Anna Frances Meyer and Étienne Barry isolated themselves from the world. The record is a bold, eccentric collection of 11 analog tracks, recorded live in a 19th century church by their longtime collaborator and producer Francis Duchesne. We set out to capture the rich acoustics of the all-wooden 150 year-old chapel and make use of its glorious natural reverb, explains the band.

On this new album, Les Deuxluxes experiment with musical patterns, repetition and songwriting; included are two songs in French (Vacances Everest, L’insistance) and one in Spanish (Encender). The hypnotizing universe of Lighter Fluid is represented on the album’s cover by using stained-glass lettering over a photograph of the couple, immortalized on 35mm lomochrome film.