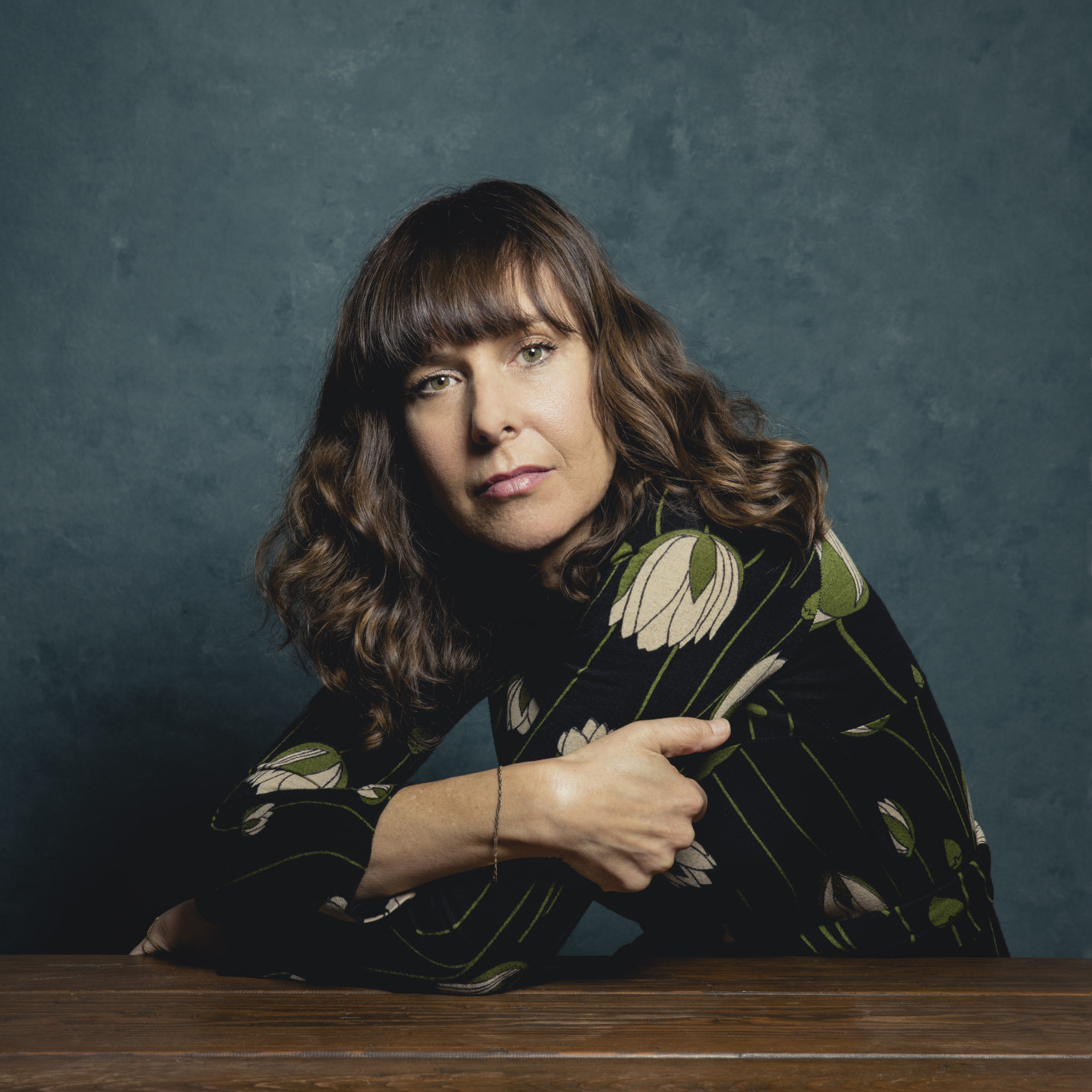 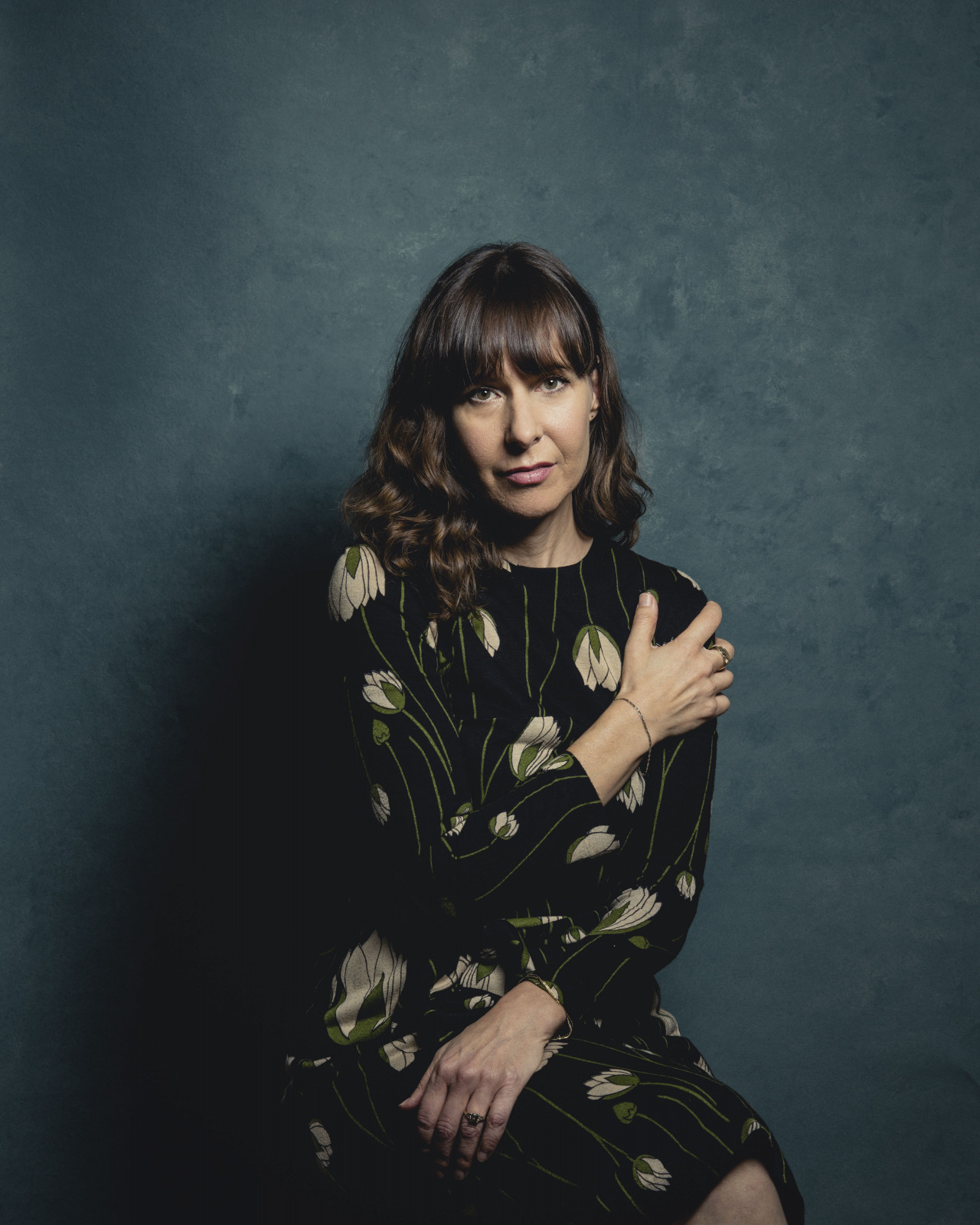 Inspired by her experience teaching composition in a women's prison, Eleni Mandell's 11th studio album, Wake Up Again, is a set of personalized musical portraits and vignettes.

The album highlights the artist's strengths as a writer and performer, having started under the guidance of Chuck E. Weiss, Tom Waits and other prominent columnists.

Wake Up Again is an in-depth examination of the lives and minds, the regrets and hopes of those she met, but ultimately of her and us.

Eleni Mandell is undoubtedly one of California's best-kept secrets. With several remarkable albums to her credit, the talented American singer-songwriter has had the opportunity to travel throughout the United States, Europe and Canada, seducing increasingly large audiences.

Was it my fate to make those mistakes If I had the chance would I, could I Wake up again?

There are some tantalizingly probing questions posed in the lyrics of Eleni Mandell’s new album, Wake Up Again. But none is more key to the album than the one that closes the album, finishing off the wistful waltz of the title song. None is more core to the experiences that inspired her songs in the course of the four years that have gone by since her last album, 2015’s acclaimed Dark Lights Up, “For two years or thereabouts,” Mandell says, “I taught songwriting at two colleges and a women’s prison.”

The prison gig came about via Jail Guitar Doors, the organization founded by Wayne Kramer, guitarist of the vaunted Detroit band MC5, in partnership with English musician Billy Bragg. “I don’t know why exactly I was drawn to that work,” Mandell says. “But I had a family member who had been in prison in the 1940s. He wasn’t around when I was growing up, but that sort of fascinated me and I was always curious about what kind of person disappears and what kind of person commits crimes — what are they thinking?”

That complemented the more public musical endeavors in her name during the four years between albums: In 2017 her friend Inara George put together the Unsung Heroes: Songs of Eleni Mandell album and concert, featuring such friends/fans as Jackson Browne and Mandell’s fellow Living Sisters harmonists George, Becky Stark and Alex Lilly. And in 2018 she released her own delightful 2018 single/reminder Don’t Forget How Good It Is and its accompanying video, a visual love letter to her Los Angeles hometown featuring her and her twin children.

Working with the inmates also provided many epiphanies for her as a person, and proved fertile for her as an artist, as captured in the 11 songs on this album, her 11th studio release. In many ways it’s the culmination and fulfillment of all the strengths as a writer and performer going back to her start under the tutelage of Chuck E. Weiss, Tom Waits and other top chroniclers of people in the shadows.

“I really enjoyed it,” she says. “I was inspired by the stories, and surprised by the laughter I heard there. And I shouldn’t have been surprised, but I was, by how many different kinds of people were there: teachers, lawyers, nurses, and also people who grew up in poverty.”

The result is a set of compellingly personalized portraits and vignettes, probing looks into the lives and minds, the regrets and guilts and hopes of those she met, but ultimately also of her. And us.

“Some of the songs are based on the people I met, things I heard,” she says. “Some are songs I wrote while they were writing. I would give an assignment and also do the assignment. I would perform what I wrote so they could see my approach to it, which would possibly help them figure out how to tackle the assignment.”

At the core of the experience, one thought kept coming to her. “It can happen to anybody,” she says. “Mistakes can be made.” The title song isn’t about just anybody, but a specific woman in the prison. “That song is about a high-profile inmate who has been in prison for 40-something years,” she says, keeping names and details confidential, of course. “She wasn’t in my class, but I became acquainted with her because she was around. She’s a lovely older lady and everyone said very lovely things about her. The idea that you can make a mistake so huge that you can never fix it, and what that must be like every day, I found so crushing and tragic.” And also, she says, an idea that is not far removed. “To me it’s so relatable,” she says. “We all make mistakes. We just don’t all make such huge ones.”

The musical settings for these stories and the questions they pose are perfect fits: lean, spare, direct, portraying the gray and blue in which the protagonist of the opening “Circumstance” says she lives as sharply as the vivid yellow and red embraced by the woman of “Wake Up Again,” presented with equal measures of starkness and tenderness. All of this is accomplished by Mandell with the compact trio of bassist Ryan Feves and drummer Kevin Fitzgerald (both of whom have anchored her touring band since 2004) and guitarist Milo Jones. It was produced by Sheldon Gomberg — who played bass on Mandell’s second and third albums “a million years ago” — at his Los Angeles studio.

“They’re my musical family,” Mandell says. “I’ve made records with other great musicians, but once you find that core of people you relate to musically so much, it’s hard not to return to them. I have pride over all my records, but when I work with them I feel more connected with my work. Making this record was an absolute joy.”

That is clear throughout, from the dark, dreamy “Circumstance” to the noisy “Be Together,” from the jagged brutality of “What’s Your Handle” (a murder ballad full of colorfully frozen-in-time CB radio references) to the spritely countrybilly of “Air.” For each of the songs, though, there’s the story, and the story behind the story.

“I came up with the idea that we would do the four elements,” she says of, “Air,” about the dreariness of a life without meaning. “We’re going to do air, earth, water and fire. And I wrote ‘Air.’ I just scribbled out some lyrics, said ‘I’ll put this to music now,’ and looked at it and said, ‘Oh my god, this is so stupid.’ Then I started playing it and thought, ‘Huh! I actually like this!’ One woman in the class said, ‘That’s what it’s like to be here. There is no fun in this town.’”

For many of her students, writing songs was a way to connect with their own feelings, but crucially with family from whom they’d become distant. “The song ‘Just Herself’ is about that feeling of not wanting to be forgotten and left behind,” she says. “I didn’t particularly think about them as I was writing it. But it’s sort of about me, but also sort of about those women, to feel you aren’t important to people you care about. And for them to be in prison and so restricted in their ability to communicate. I’d say, ‘Write down the name of your favorite person. Now how do we turn that into a song?’ And a lot of them said after they wrote the name, ‘When I came here I never heard from them again.’”

And that, in turn, brought out unexpected connections for Mandell. “In my own life I was feeling at that time left behind and forgotten,” she says. “I was having to go back to work. I am raising two children by myself. I didn’t have sure footing, didn’t feel grounded.” The song that came from her doing the exercise surprised her a bit: “Oh Mother.” “I always felt very attached to my dad, and he had cancer for five years,” she says. “Watching my mom, she wasn’t going to let him go. She drove him from appointment to appointment, did everything for him. She kept him alive. And he still is! Seeing my mom and how strong she is — and mothers and daughters can be difficult. Now that I have my own kids it’s so cliché, but the things she did! Making me go to piano and violin lessons, how hard that was, when the kids push back and it costs money and you have to get them there somehow. My mom is really strong. So it was interesting to see who everyone chose to write about and then writing about my mom.”

Those connections, the most basic human needs, through the guilt, remorse, regrets and isolation the women experience, are what struck Mandell the deepest and became the driving force in the Wake Up Again songs. That’s all tied up in the CB radio anachronisms of “What’s Your Handle,” literally about sending your voice out to the world and not knowing if it will be answered/ “There were two different women who took the class who said, ‘I don’t want to write music. I’m not a songwriter and don’t want to be and I don’t sing. But my children’ — one has a daughter, one a son — ‘my children love music.’ And in both cases the children don’t talk to the mother any more. And they wanted to be there, to somehow feel close to their children. I found that an incredibly powerful idea. And heartbreaking. I thought about that so much. In some ways, all of us, whether we’re in prison or not, can relate to that feeling.”