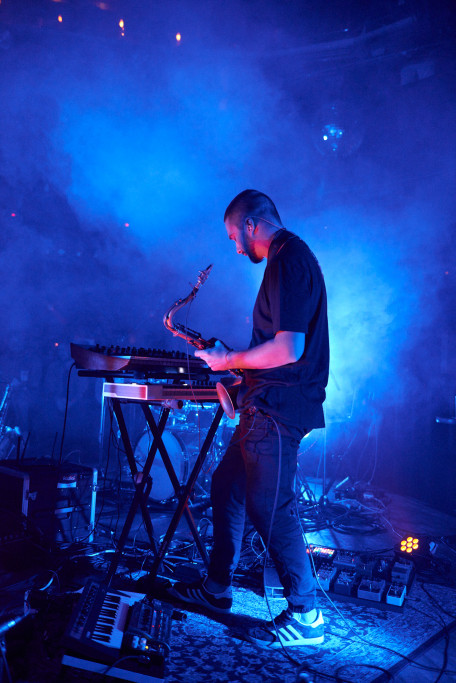 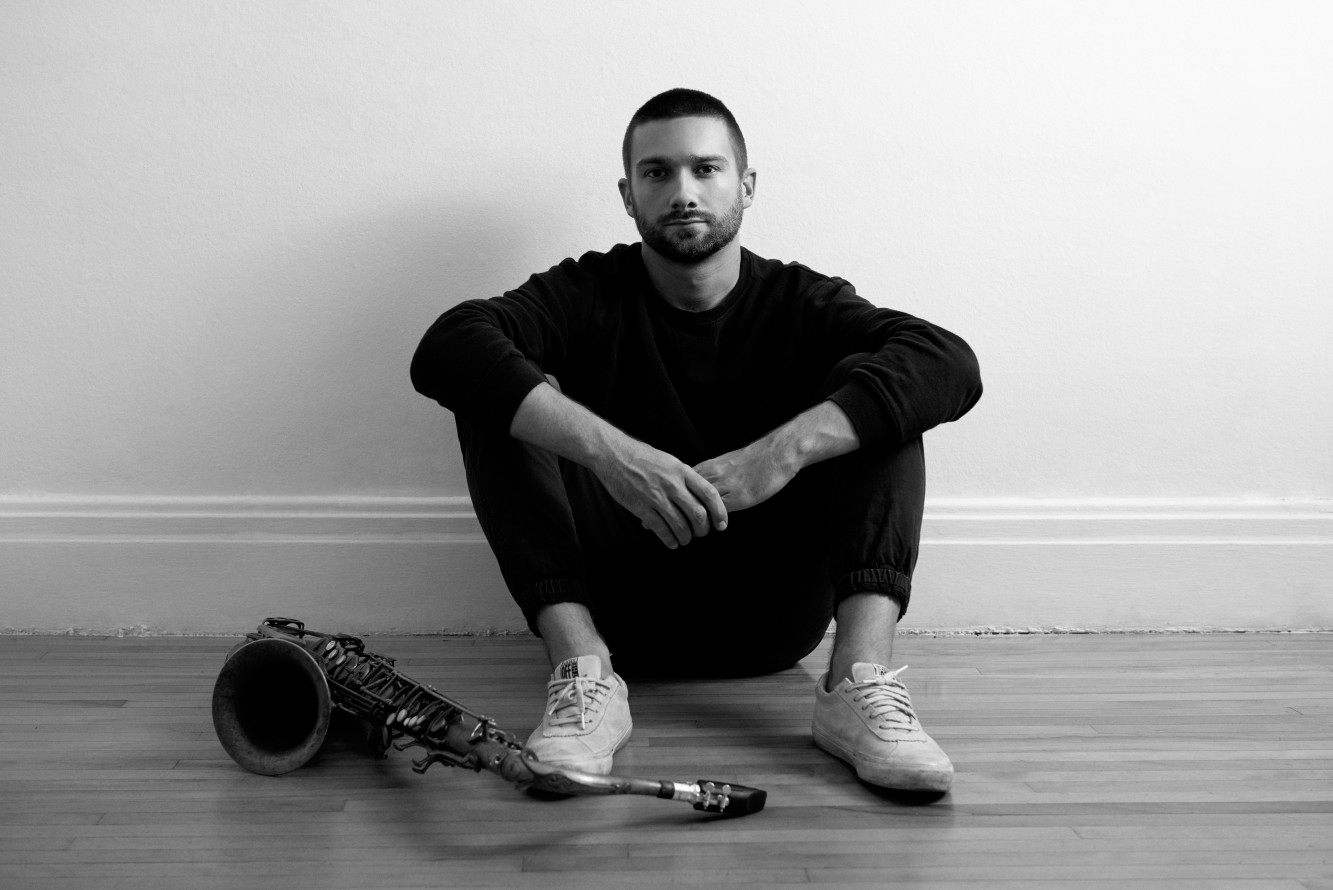 Founded in 2019, Julien Fillion’s quartet offers an atypical formation, and an extraordinary universe. The group is made up of two saxophonists-keyboardists alongside two drummers. This project creates a musical fusion of rock and jazz imbued with pop sounds, wrapped in resolutely modern harmonies. The quartet received great interest from its inception. This interest lead them to the 2019 Juarez Jazz Festival, and the 2020 JPL Victo Jazz competition, where they went on to claim first place.

In 2021, he will be chosen as one of five Révélation Radio-Canada, a highly coveted nationwide award. Julien Fillion will then release his self titled musical debut in November 2021.While listening to his music, you’ll find julien’s work to be surprisingly dynamic, and particularly immersive.

Julien Fillion is a multi-instrumental saxophonist composer based in Montreal. He first showed an interest for music at the age of 7 when he found an old guitar at his uncle’s place. Coming from a thriving musical environment, Julien also taught himself how to play the piano so he could play alongside his family during musical gatherings. He draws his early musical influences and inspiration from the French repertoire and from 70’s classic rock.

It is only around the age of 15 that he began to take an interest in jazz and the saxophone. This eventually led him to the Cégep de Saint-Laurent, where he studied under both renowned saxophonists Alexandre Côté, and Jean-Pierre Zanella. He later received a scholarship to complete his bachelor's degree at the University of Montreal, where he then was awarded the Fischman Prize for his outstanding jazz performance.

Julien is then quick to get noticed by his peers on the Montreal scene while playing and writing with a band called Jazzamboka. A group comprised of the city’s finest young talent. It is no surprise that their first album won the Stingray Prize at the Montreal International Jazz Festival in 2017. After spending a decade proving himself and paying his dues around town, Julien Fillion then decides to create his own project in 2019. It goes without saying that the musical baggage and expertise he acquired over that ten year period did not go to waste. It drove him to explore his instrument and to view it in a different way. Slowly, Julien starts mixing the different musical styles that influenced him over the years. It is during this process, that he also transforms his saxophone playing by incorporating effect pedals into his rig. Stunned by the new musical possibilities that were now available to him, he quickly realizes the potential an ambitious set up like this could yield. This pivotal moment will consequently influence both his playing, and writing style.

It’s with a fresh and creative outlook on his instrument, that Julien is now eager to create his most ambitious project to date. This same ambition will lead him to reach out to some of Montreals most sought after musicians. His unusual project is comprised of: 2 saxophonists-keyboardists (Philippe Brochu-Pelletier and himself) and 2 drummers (Alain Bourgois and Thomas Sauvé -France). Due to the unusual nature of this lineup, the quartet received great interest from its inception. This growing interest will eventually lead them to the 2019 Juarez Jazz Festival, where he will truly recognize the potential of such an ambitious project. Building off of this momentum, Julien and his bandmates will then go on to claim first place in the 2020 JPL Victo Jazz competition.

In 2021, he will be chosen as one of five Révélation Radio-Canada, a highly coveted nationwide award. Julien Fillion will then release his self titled musical debut in November 2021. You can find his ever-evolving musical universe somewhere in between jazz, rock, and pop. Drawing from these musical influences, you’ll find Julien’s work to be surprisingly dynamic and particularly immersive.

In this project, Julien Fillion is heavily involved in all aspects of creation: he plays saxophone, keyboards, and guitar. In addition, he is fully immersed in the post-production process, where he aims to broaden his knowledge of sound design. Poetically, it’s through this study that he slowly rekindles a relationship with his first loves, the guitar and the piano.

It’s no surprise that Julien’s worth as a multi-instrumentalist did not go unnoticed for very long, as he regularly collaborates with some of Montreal’s finest groups. You’ll see him brush shoulders with Fouki, Clay and Friends, The Brooks, Razalaz, Grooz, Donald Dogbo and several other artists. He is now playing alongside Diane Tell as a multi-instrumentalist and musical director for a Quebec wide tour, and he has made a few appearances with Les Louanges as a saxophonist, keyboardist and guitarist. Always on the look out for creative opportunities, and wielding an unwavering curiosity for music, Julien Fillion will go on to co-produce the first album of the folk duo Andromède, and he will also co-write and co-produce a country album under the name of Jod et Joyce.