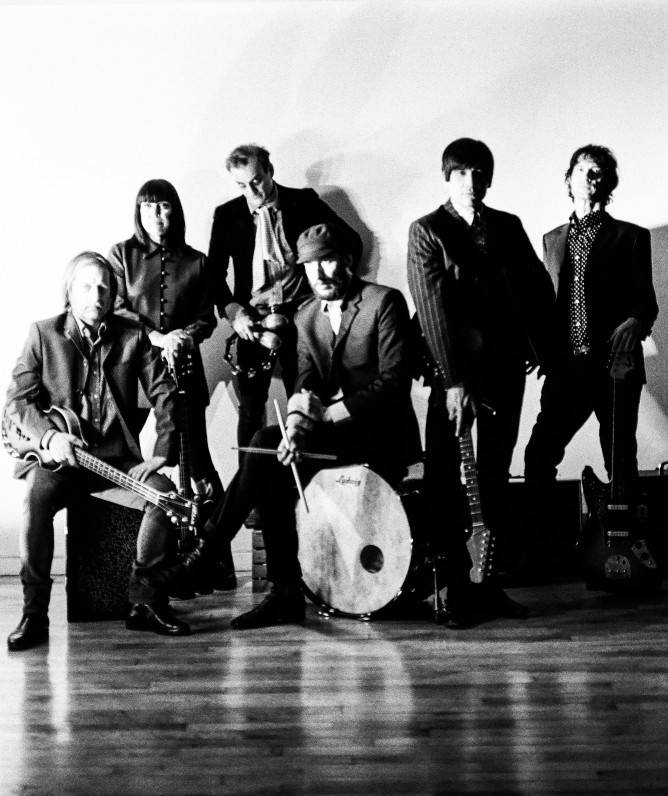 Montreal rock ‘n’ roll outfit Les Breastfeeders has been playing their explosive garage rock around Quebec for almost 20 years. They've toured their fiery performances across Europe as well as some of the biggest cities around North America. Les Breastfeeders follow their own path, still blowing away audiences six strings at a time!

Established as one of Montreal’s most ferocious rock ‘n’ roll acts, Les Breastfeeders have been lighting up bars, venues and festivals everywhere in Quebec for almost two decades. Since the beginning, the garage rock outfit caught the public eye with their electrifying and forceful performances. Although the band has been more discreet recently - while still keeping busy building other empires, dressing the wounded and closing ranks - they still performed at key times, sharing the stage with rock ‘n’ roll legends like The Sonics and MC5. They’ve carried their heavy artillery to the biggest cities in North America and on the other side of the Atlantic ocean, destroying everything in their path, including the language barrier.

Les Breastfeeders not only distinguish themselves with their dazzling guitars and catchy choruses, they also wield the pen like no other french-speaking rock ‘n’ rollers. Thanks to their raw songwriting and sophisticated lyrics, the energetic garage rock sextet will have you questioning everything while dancing the night away.

The band has released three albums, all of them via Blow The Fuse Records. Their latest one Dans la gueule des jours, which was preceded by Les matins de grands soirs (2006) and Déjeuner sur l’herbe (2004), earned them a trophy for Rock ‘n’ Roll Album of the Year at the GAMIQ awards in 2011.

After a few lineup changes, Les Breastfeeders now consist of Luc Brien on guitar and vocals, Suzie McLelove on guitar and vocals, Joe Gagné on bass, David Deïas (Mystic Motorcycles and Yardlets) on lead guitar, Maxime Hébert (The High Dials, Beat Cops and many more) on drums and of course, the unforgettable Johnny Maldoror on tambourine!