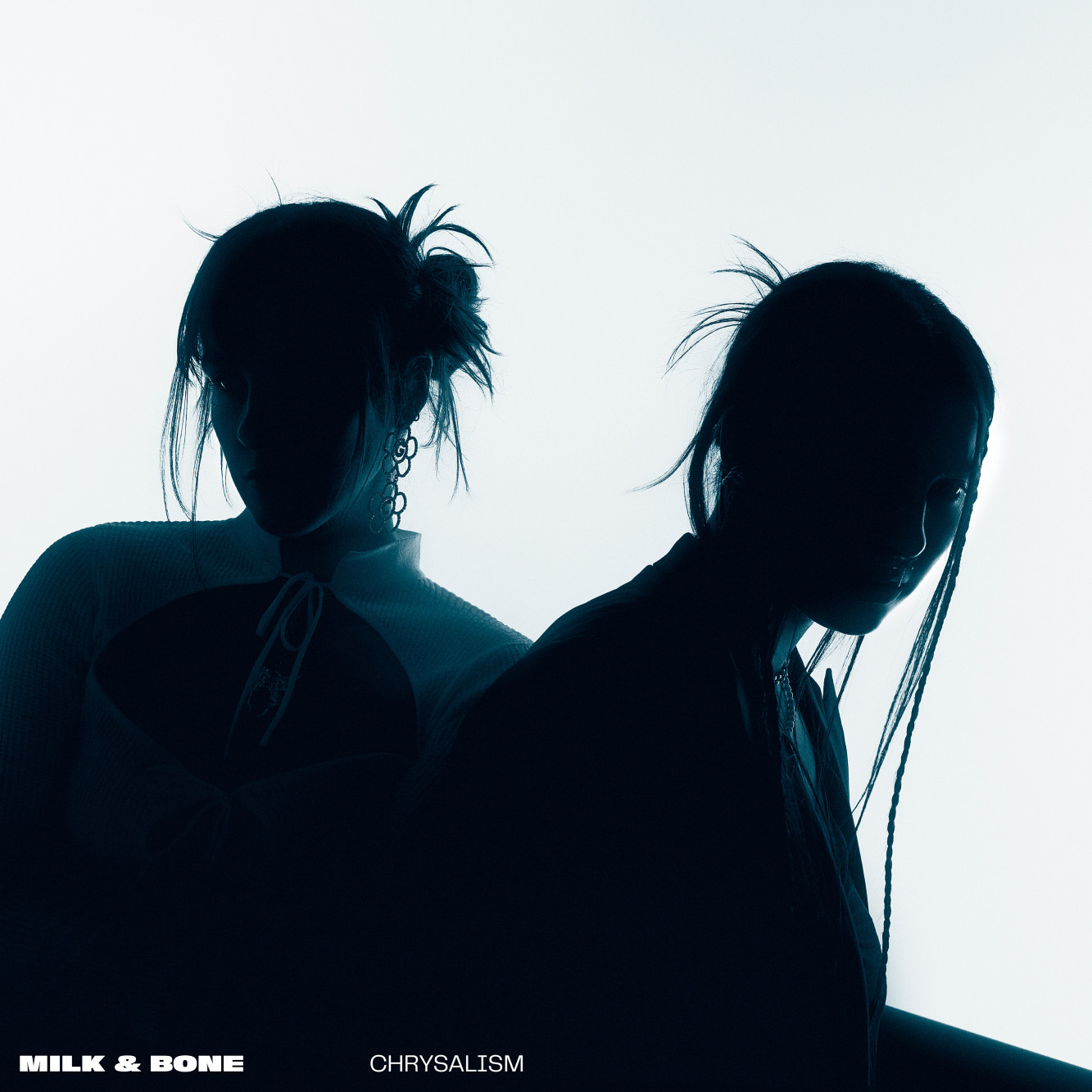 Today, Montreal-based duo Milk & Bone presents Movies, an exhilarating pop song that follows the singles Borders and Bigger Love, unveiled earlier this year. The duo formed by Laurence Lafond-Beaulne and Camille Poliquin also announces the details of their upcoming album, Chrysalism. Available for pre-order (vinyl, CD and digital) as of today, Chrysalism will be released on October 28th, 2022 via Bonsound.

Rooted in a kind of candid nostalgia and carried by assertive pop melodies, Movies outlines an existence in a space where the rules are unknown, where the desire to connect to normalcy always falls short. Pick me up where you dropped me off. My safe words, they don’t work out here, sings Milk & Bone on the first verse of this song. Written during a stay in Los Angeles, the lyrics evoke the feeling of being lost amongst people with different emotional backgrounds and love languages. The song refers to a very specific dilemma: to succumb and become the perfect partner or to defend one's position, to stay true to oneself and to put an end to a relationship that is running out of steam. Inspired by Silk Chiffon, a recent collaboration between MUNA and Phoebe Bridgers, Movies is the first Milk & Bone track to feature guitar as the main instrument.

Born out of a profound desire to explore the depths of the human heart and reconnect with each other after a pandemic-induced hiatus, Chrysalism marks a departure into an unmistakably pop-forward territory. Its evocative title refers to the feeling of tranquility that comes with being indoors during a thunderstorm, privy to the drama while remaining somewhat removed and untouched. With enthralling vocal harmonies, synth-led music and melodic guitar riffs, the pair explores topics like love, longing and heartbreak from a decidedly more mature perspective, no longer choosing to see themselves as victims of circumstances but rather actors in the storyline of their love lives. Composed and recorded with the help of Micah Jasper (ELIO, Rebecca Black, Slayyyter), a Los Angeles-based producer who shares the duo’s pop sensibilities and references, Chrysalism is a poignant reflection of what it feels like to grow older and come into your own.

Since July 6th, 2022, Milk & Bone can be seen making an appearance in the movie Hello, Goodbye and Everything in Between, an American production available on Netflix. In addition to making a cameo, the pair performs the songs Nevermore and Daydream during a concert attended by the protagonists of the film.