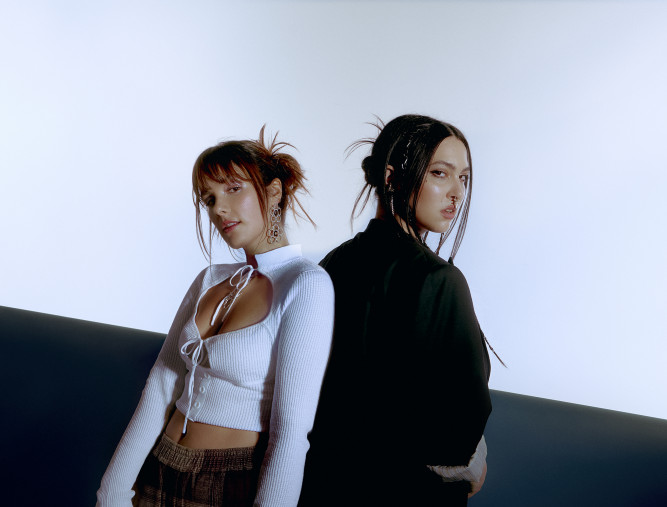 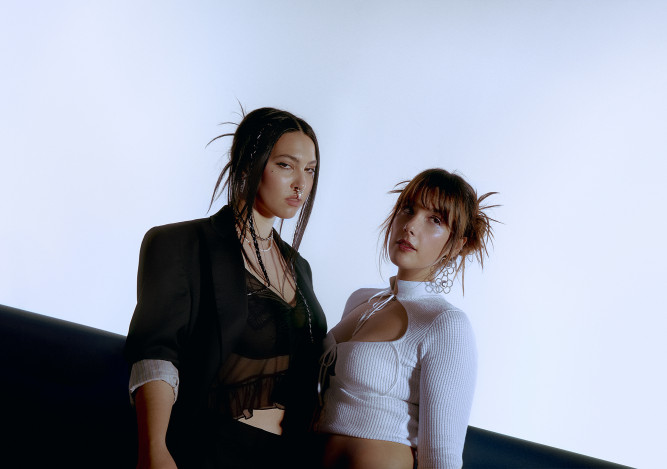 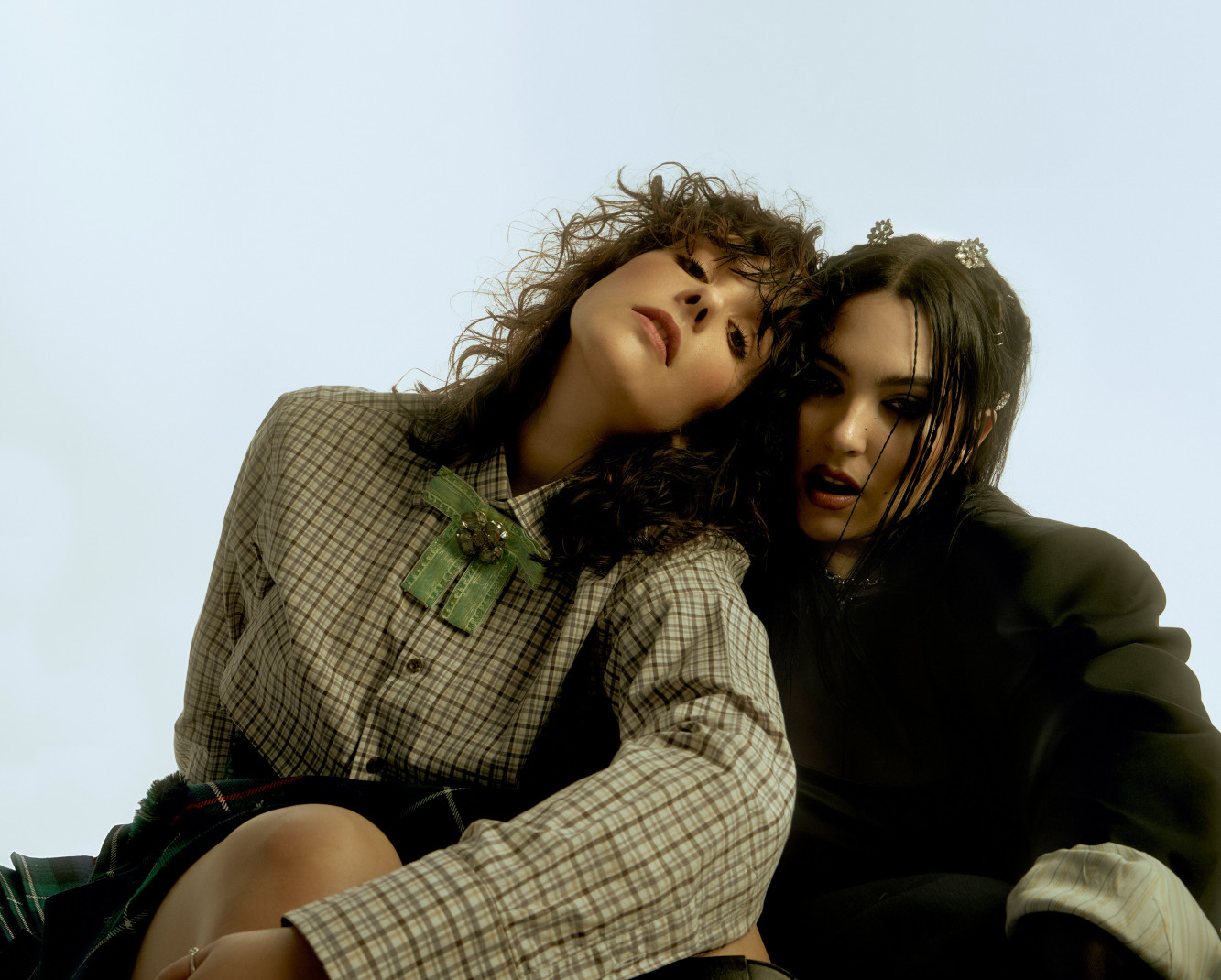 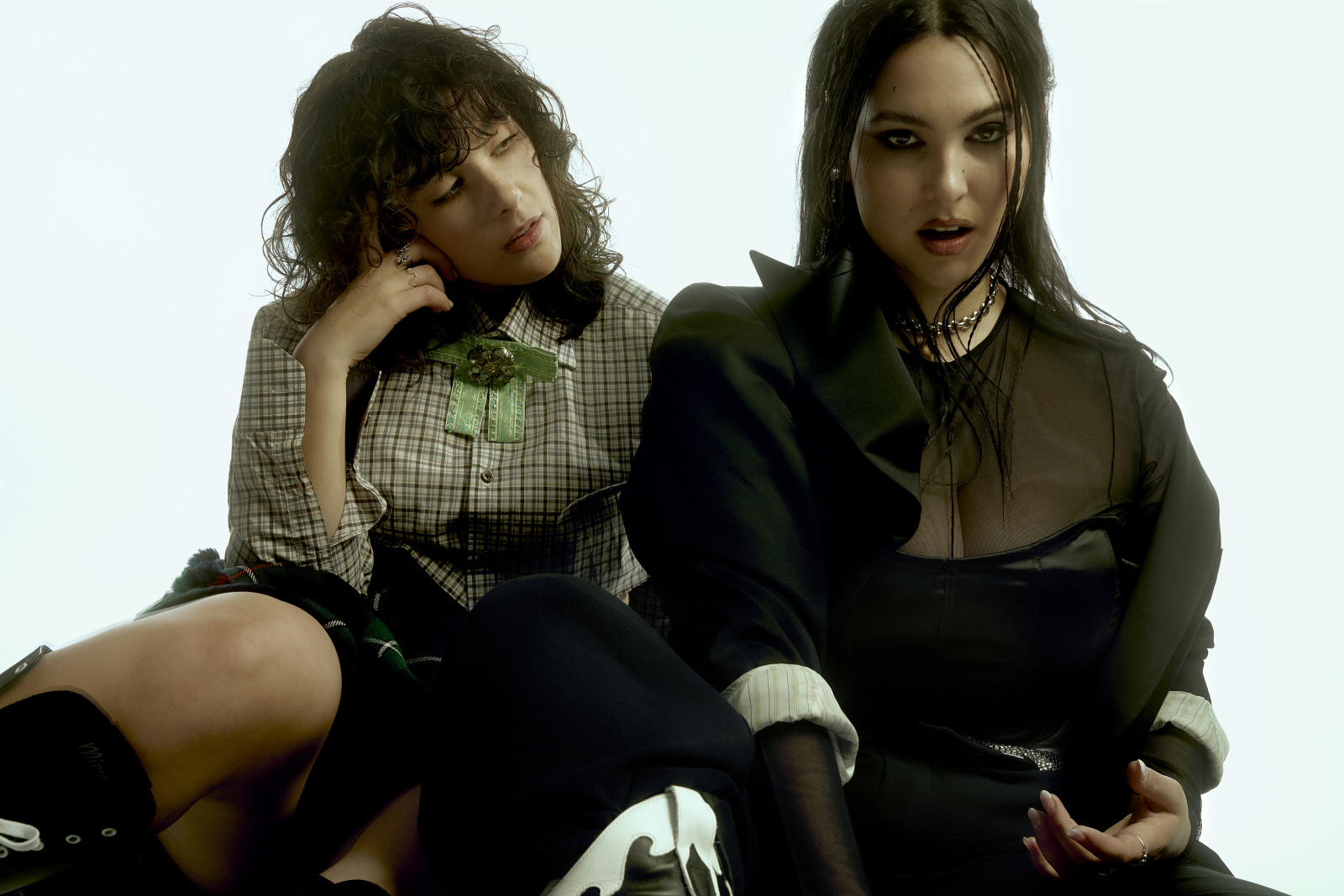 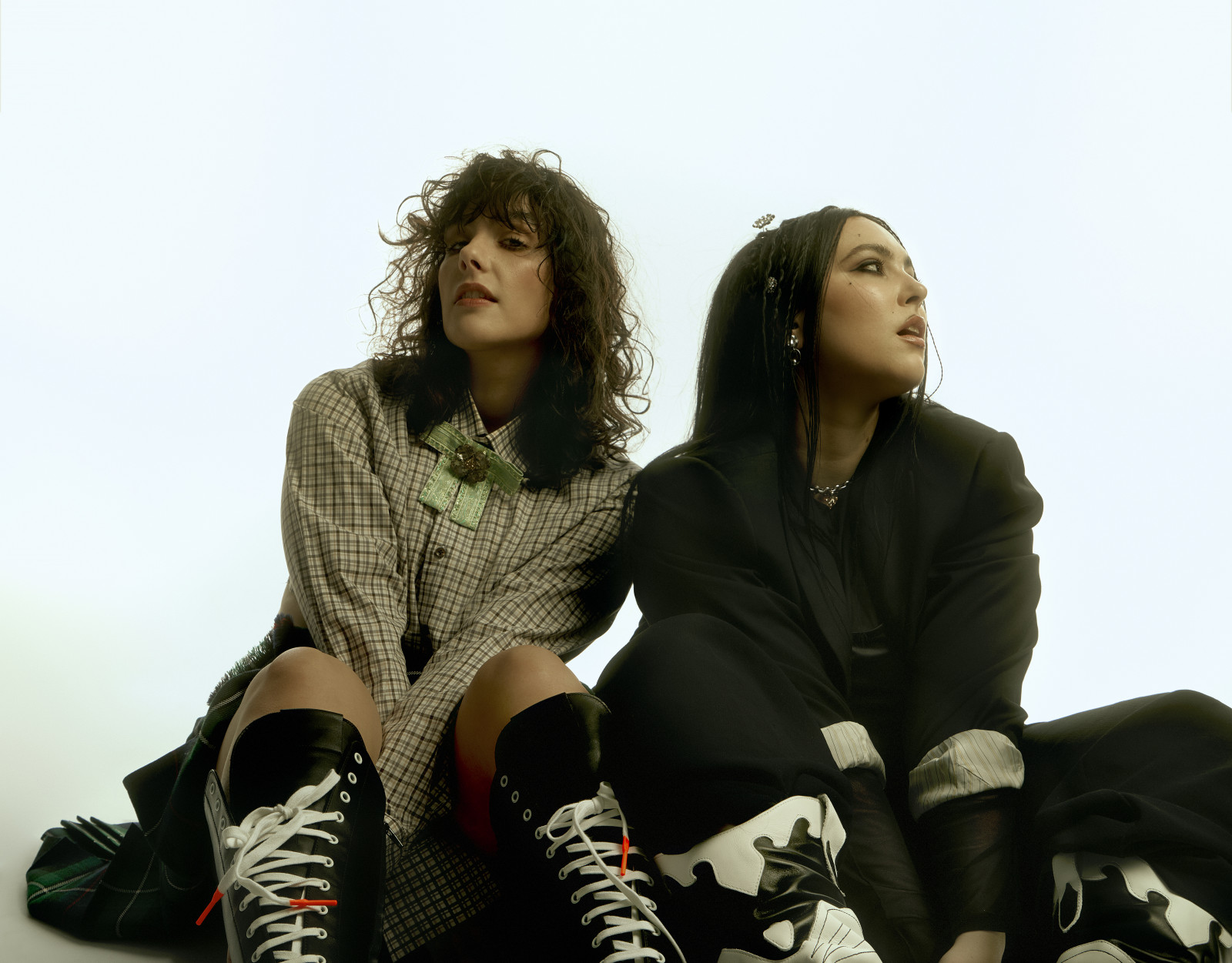 Behind the entrancing vocal harmonies and heartbreaking lyrics of the electro-pop duo Milk & Bone hides the vibrant inner world of musicians Laurence Lafond-Beaulne and Camille Poliquin (KROY). With their critically acclaimed releases Little Mourning (2015), Deception Bay (2018) and DIVE (2019), the duo has accumulated over 75 millions streams and toured across Canada, Europe and the United States. Beyond their record releases as Milk & Bone, the pair has crafted music for two Cirque du Soleil shows and several feature films, including Podz’ King Dave which earned them a nomination at the 2017 Canadian Screen Awards. Over the years, Milk & Bone has won a Juno Award for Electronic Album of the Year (2019), been longlisted twice for the Polaris Prize (2015 and 2018) and been nominated for Breakthrough Group of the Year at the 2016 Junos. After a much-needed, pandemic-induced break, the duo is now ready to unveil Chrysalism, their third album, on October 28th, 2022.

Behind the entrancing vocal harmonies and heartbreakingly honest lyrics of the electro-pop duo Milk & Bone hides the vibrant inner world of close friends and musicians Laurence Lafond-Beaulne (Soft Fabric) and Camille Poliquin (KROY). With every release, Milk & Bone redefine the boundaries of pop music with a mix of deeply emotional tracks and candy-pop hymns.

Since coming together to create Milk & Bone in 2015, the duo has spawned two critically acclaimed albums and one EP: Little Mourning (2015), Deception Bay (2018) and DIVE (2019) on top of accumulating over 75 million streams online. On stage, the musicians have captivated audiences while touring across Canada, Europe and the United States. At home, the duo’s touchingly personal songs have reached fans of such television series as Riverdale, Search Party, Broad City and Tiny Pretty Things, as well as several advertising campaigns, including Dior.

Milk & Bone has won a Juno Award for Electronic Album of the Year (2019), and was nominated for Breakthrough Group of the Year in 2016, as well as two long list nominations for the Polaris Prize (2015 and 2018). Outside their record releases as Milk & Bone, Laurence and Camille have also crafted music for two original shows produced by Cirque du Soleil, as well two feature films from Québécois filmmaker Podz. The theme song for King Dave, titled Natalie, earned the pair a nomination for Achievement in Music (Original Song) at the 2017 Canadian Screen Awards.

After a long wait, the duo is ready to unveil the fruits of their musical and personal explorations with Chrysalism, a new album set to be released in 2022. For Milk & Bone, the writing process felt like a renewal of vows -- an opportunity for them to work together on new music with intention and desire, instead of doing it simply because it’s the next logical step. The result is a highly spirited record that marks a departure into an unmistakably pop-forward territory for the duo. With enthralling vocals, synth-led music and melodic guitar riffs, the pair explores topics like love, longing and heartbreak from a decidedly more mature perspective, choosing to see themselves as actors in the storyline of their love lives, instead of victims of circumstance. What comes through is a poignant reflection of growing older and coming into oneself.

Evolving their sound as much as they grow as people, the duo pack a lot of humanity into this record