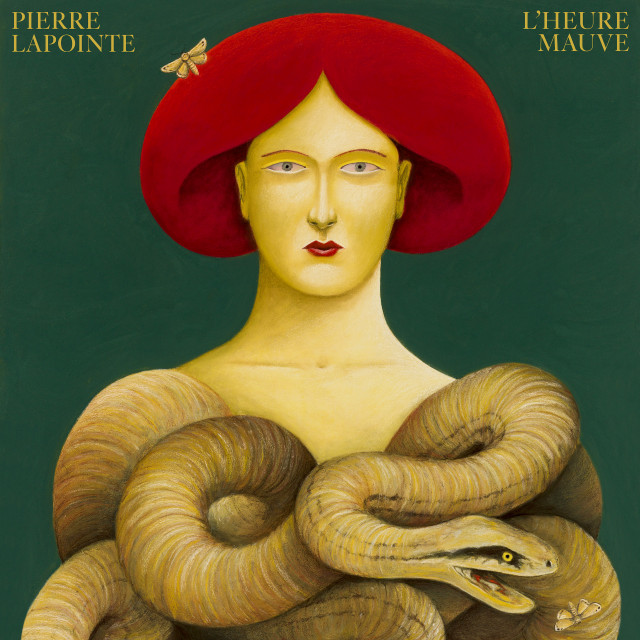 L'heure mauve is a musical work by Pierre Lapointe that accompanies Nicolas Party's museum piece on display at the Montreal Museum of Fine Arts. Each of Nicolas Party's works inspired Pierre Lapointe to reinterpret a classic song, in addition to inspiring a new composition. The reinterpretations were carefully chosen to honor great masters of music, from Aznavour to Brel, to Félix Leclerc and Gilles Vigneault. In the same artistic manner as Nicolas Party, Lapointe created this album with the intent of paying homage to classicism, by applying a timeless aesthetic, while keeping a contemporary and surrealist touch. The album is an immersive work just like the visual artist's exhibition; tinged with melancholy, sumptuousness, lots of colors, imposing and sometimes disruptive. Mostly in French and supported by acoustic instrumentations, the album also contains 2 instrumental pieces and one cover song in German.