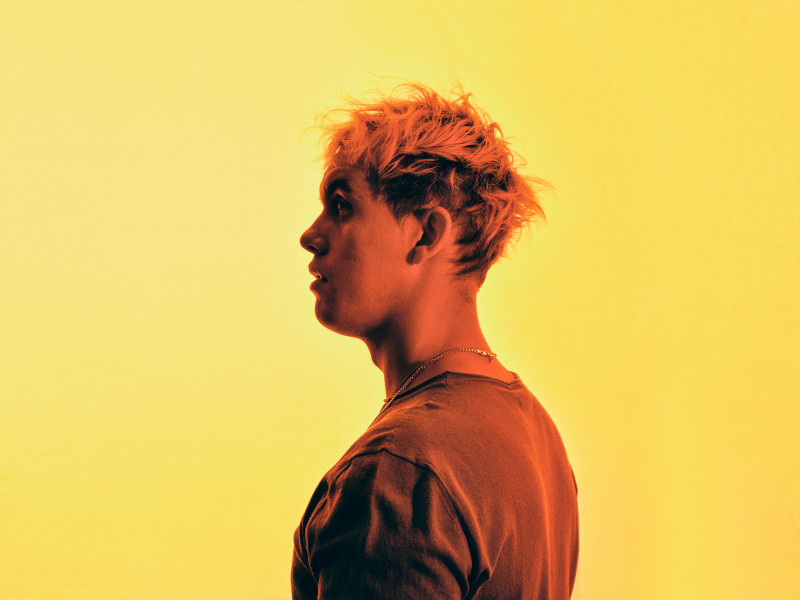 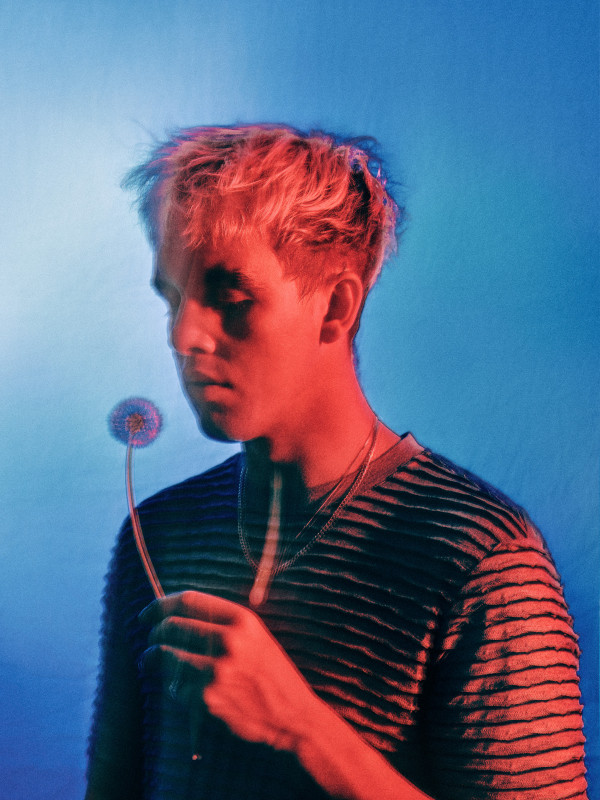 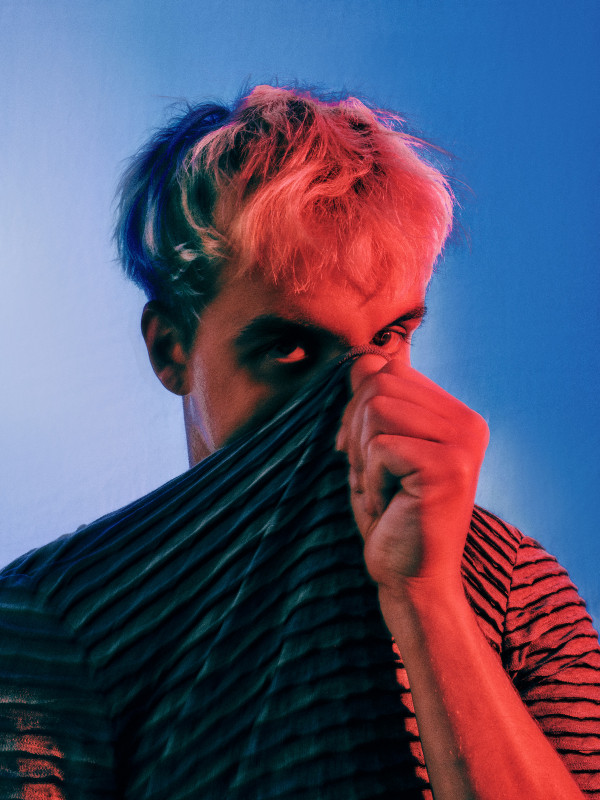 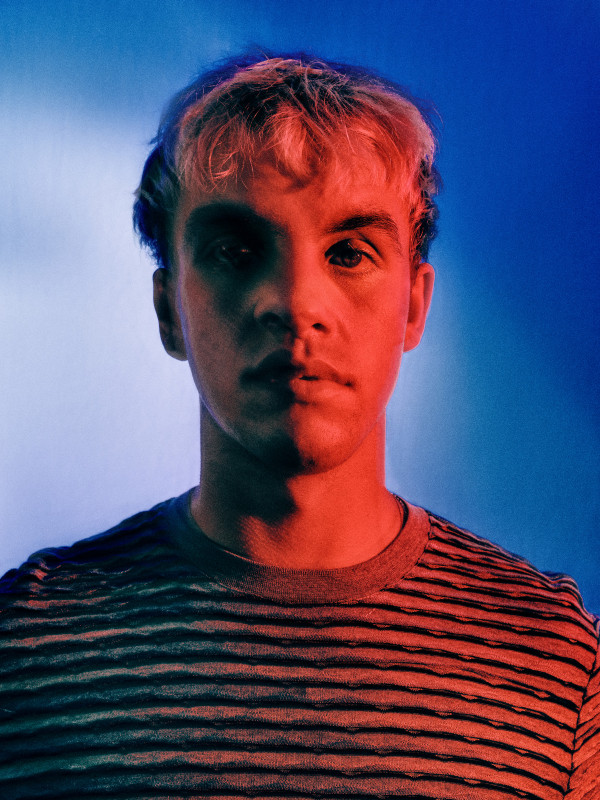 Les Louanges is the project of Vincent Roberge, singer-songwriter of raw talent and established musical audacity. Originally from Lévis, Vincent Roberge hits hard with the release of his first album, La nuit est une panthère, which charmed critics upon its release in September 2018. The album continued to gain momentum in 2019 as it was celebrated with numerous awards and nominations, notably honored with a spot on the very selective Polaris Prize short list, a Félix-Leclerc and Rapsat-Lelièvre award, as well as a Juno for Francophone Album of the Year, and the coveted title of Révélation Radio-Canada. To top it all off, he went on to win three trophies at the ADISQ Gala: Album of the Year - Alternative, Album of the Year - Critics' Choice and Arrangements of the Year (an award shared with his sidekick Félix Petit).

Announcing a shift towards a greater pop influence, while still remaining as ambitious and inventive, Les Louanges presented his sophomore album, Crash, on January 21st 2022 via Bonsound. This new effort represents the aftermath of the impact, the dizzying yet revealing imbalance experienced by its author following the frenzy of the last three years.

Les Louanges is the project of Vincent Roberge, singer-songwriter of raw talent and established musical audacity. Drawing inspiration from Frank Ocean, Robert Glasper and Richard Desjardins, the artist offers a modern panorama of R&B, jazz and soul coated in an alternative pop that seeks different soundscapes without ever losing his original groove. His straightforward poetry based on surrealistic and sensitive imagery clashes with his loose and casual phrasing, which mixes singing and rap with an intuitive fluidity.

The Levis-born artist hits hard with the release of his debut effort, La nuit est une panthère. Released in September 2018 via Bonsound, the album is praised by critics for its refreshing musical blend, which brings groove back to the forefront of a Quebec music scene historically focused on guitars and folk. "There is no equivalent in French-speaking North America to Les Louanges", proclaimed the Montreal daily La Presse, setting the table for a series of praises in the customary best album of the year lists that would follow.

Word spreads quickly across the Atlantic: Les Louanges gets a memorable baptism in France’s live music scene, playing five times at the 2018 Transmusicales de Rennes. Shortly after, "the latest sensation fresh out of Quebec" (according to Les Inrocks) is performing in well-known venues in Paris such as La Maroquinerie and La Boule Noire. The French craze is confirmed, and Les Louanges is chosen to perform at the iNOUïS du Printemps de Bourges.

In Quebec and Canada, his momentum continues to grow in 2019, the year in which his album makes its way onto the very selective Polaris Music Prize shortlist. From receiving the Félix-Leclerc songwriting award to the Rapsat-Lelièvre award, in addition to winning a Juno for Francophone Album of the Year and obtaining the coveted title of Révélation Radio-Canada (chanson), the artist accumulates many prestigious honors. He then went on to receive a total of nine nominations at the ADISQ gala, where he ultimately took home three trophies: Album of the Year - Alternative, Album of the Year - Critics' Choice and Arrangements of the Year (an award which he shares with his precious collaborator Félix Petit).

Far from resting on his laurels, Vincent Roberge returns in summer of 2019 with Expansion Pack, an EP best described as “La nuit est une panthère on steroids". More inhibited and free than ever before on his compositions, the singer-songwriter lays the foundation for his sophomore album, Crash.

Now available, this album is the result of a long period of hard work, which began shortly after a stay in France in the winter of 2020. Announcing a shift towards a greater pop influence, while still remaining as ambitious and inventive in its musical quest, Crash embodies the post-impact, a dizzying yet revealing instability that its author experienced after the big frenzy of the past three years.

Through no fault of his own, there’s been a tidal wave of vaguely yachty, jazzy sonic dilettantes bubbling to the surface in this province, but those beachcombers lack the pure writing chops and long-form vision demonstrated here. 8.5/10

Instead of milking a tried and true formula and emulating past successes, Les Louanges drives off-course and ultimately takes listeners on a wild ride. 8/10