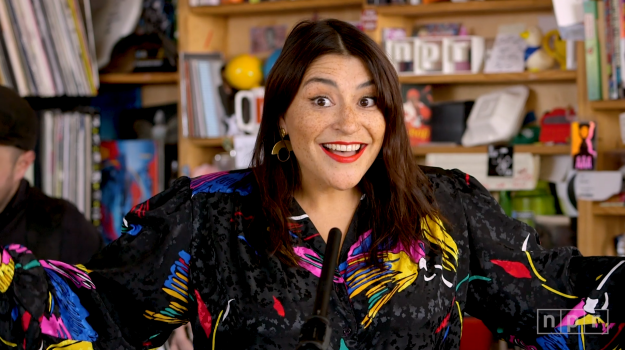 In this intimate performance filmed at journalist Bob Boilen's office, the Inuk singer and her musicians perform Arnaq, Una and Darkness Bring the Light - three songs off her album The Ballad of The Runaway Girl released in September 2018 via Bonsound.

This is not the first time that National Public Radio (NPR) has taken an interest in the singer-songwriter's career. Back at SXSW 2019, Elisapie was interviewed for their show All Songs Considered, and her song Arnaq was featured on The Austin 100, a list compiled by the same show.

On March 27th, Elisapie will perform at Le National with special guests Safia Nolin & Mat Vezio. She’ll then hit the road to perform throughout Ontario and the United States, including the Drake Hotel in Toronto on April 26 and at Nublu 151 in New York City on April 29. Visit her website for more information about her upcoming shows.