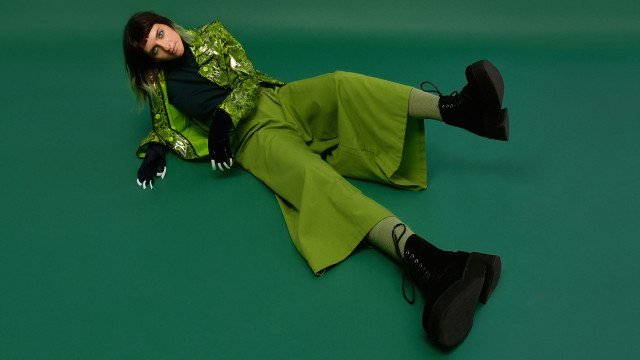 After announcing earlier this month that she has joined Bonsound's management, label and booking rosters, Montreal-based singer-songwriter Laurence-Anne unveils today her new EP Accident. This marks her first release with Bonsound.

Accident is available now on all music services.

Accident’s three tracks merge into one another and intertwine like a dream. Each song shares a sense of losing control, and each one carries the listener to a different dimension. The musical narrative comes to life with Géométrie, an indie-pop opener punctuated with art-rock keys and bird calls. The tempo urgently progresses and sets the scene for Accident, a daring track with angular post-punk accents. The EP ends with Vendetta, a song with a tropical vibe that highlights Laurence-Anne's sensual voice.

Born in the small town of Kamouraska, Laurence-Anne is a Montreal-based singer-songwriter who made a name for herself at the 2017 finals of Les Francouvertes, alongside Lydia Képinski and Les Louanges. In 2019, she unveiled Première Apparition, a full-length alternative pop album with an indie-rock, experimental edge. With its sleek production, the album - which ended up on the prestigious Polaris Prize Long List - charmed the critics and introduced the artist to a wider audience across Quebec. With over fifty shows under her belt, including performances at renowned events like the FME, Le Festif!, Festival d'été de Québec and Pop Montreal and MaMA in France, Laurence-Anne has collaborated with such venerable artists including Hubert Lenoir, Choses Sauvages, and Jesuslesfilles.