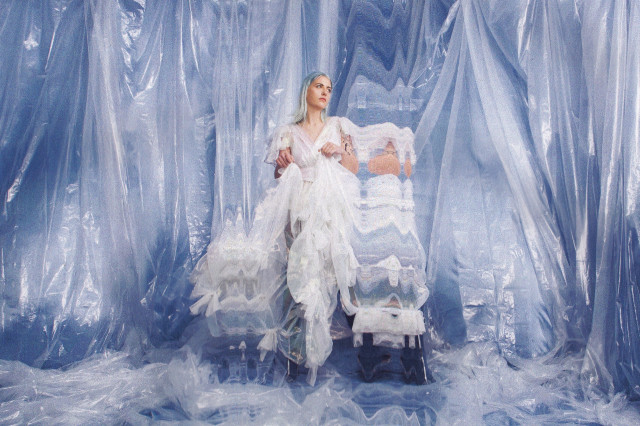 Today, Laurence-Anne announces she will perform at the Phi Center on April 23rd 2022, for a unique anniversary concert celebrating Musivision, exactly one year after its release. The self-taught artist will present the songs that make up her second opus with its dream pop, art rock, cosmic funk and synthwave tones in a venue and in front of an audience in Montreal for the first time. Both "a collection of letters to a former secret lover" and "a soundtrack that echoes within the walls of a mysterious mansion", the entire universe of Musivision will come to life on the Phi Center stage, with with scenography and arrangements designed especially for the occasion.

Released last April via Bonsound, Musivision, welcomed warmly by the critics, marks a turning point in the artist’s career. The opus notably drew the attention of La Presse, Le Devoir, Le Journal de Montréal, 24 heures, Exclaim! and CBC Music, and charmed France Inter, Tsugi and Les Inrocks in Europe. In addition to being nominated at the ADISQ Gala for Album of the Year - Alternative and at the GAMIQ for Indie-Rock Album of the Year and Artist of the Year, Laurence-Anne received nominations for the Félix-Leclerc and SOCAN songwriting awards, and was named Discovery of the Year at the Prix Artisti.

Tickets to see Laurence-Anne at the Phi Center on April 23, 2022 are on sale now.