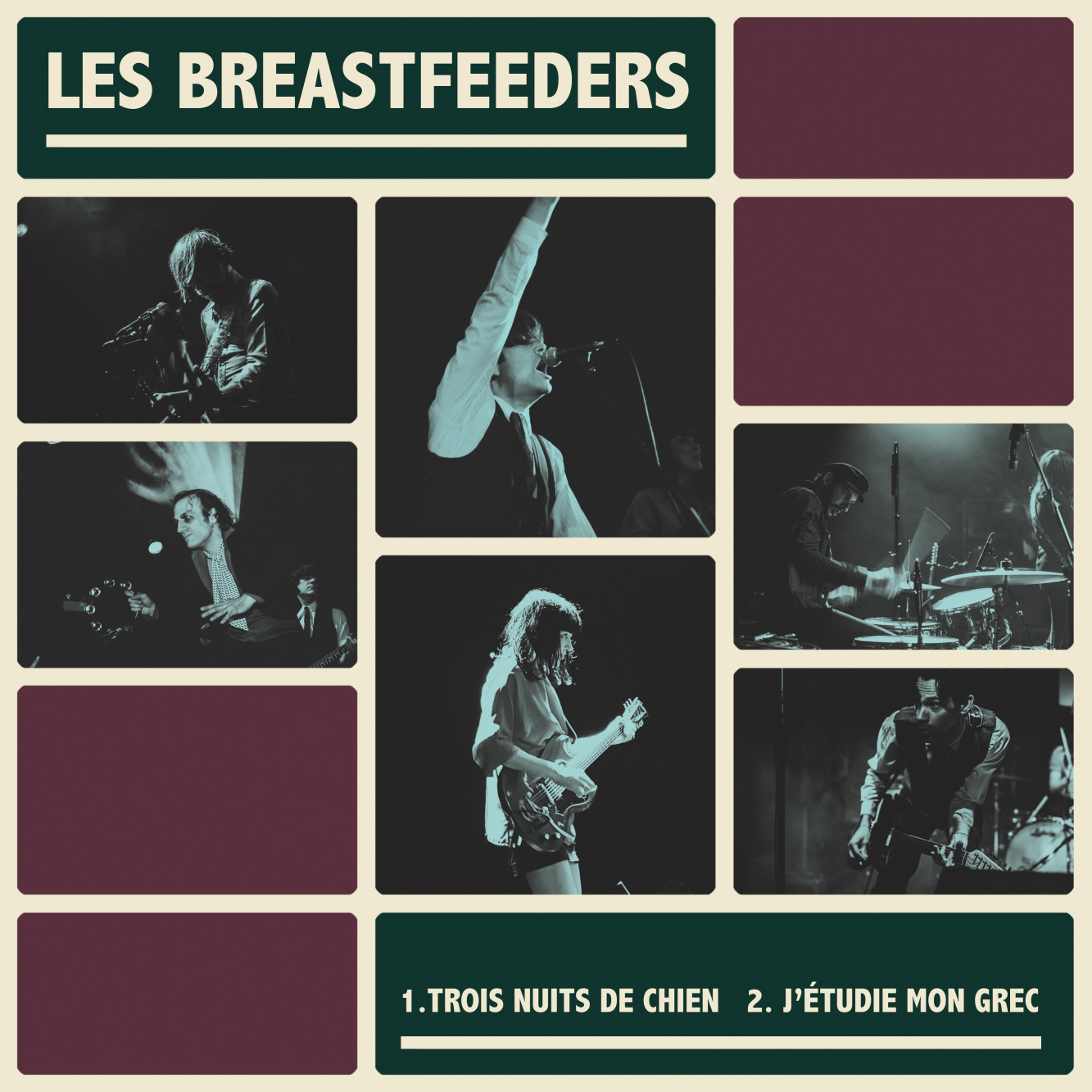 20 years after their first rumbles in the Quebec rock 'n' roll scene, Les Breastfeeders unveil a new single via Blow The Fuse Records. Trois nuits de chien follows the release of Ma mort d'avant ma mort, launched in April. Once again, the band complements their new single with a cover from the 60s garage rock repertoire.

Built on a frantic rhythm, Trois nuits de chien features arrangements that echo a wide range of the band's influences: a discrete mellotron with psychedelic overtones, a harmonica that would make Morricone or John Stax from The Pretty Things proud, and hand claps recorded in a church. The lyrics to Trois nuits de chien unfold like disjointed memories from a stretch of hazy all-night parties, depicting the best and worst of nights that swallow up the revelers before spitting them out at the break of dawn.

The new single is accompanied by a cover of J’étudie mon grec, a song by Les Hou-Lops, a staple of the québécois garage rock scene from the 1960s.

2019 is a milestone year for Les Breastfeeders, not only because they’ve been together for 20 years, but because their debut album Déjeuner sur l’herbe is turning 15. To celebrate, Blow The Fuse pressed the album on vinyl for the first time. Get your copy today via the BonStore.