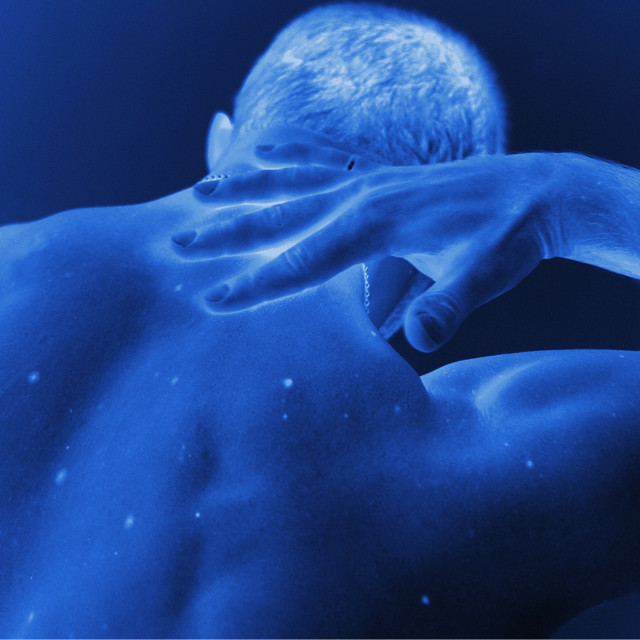 Rapper, songwriter and composer Franky Fade, also known as one of the members of Original Gros Bonnet (O.G.B), signs all the lyrics (except for a collaboration with Maky Lavender and SLM on VVM), establishing himself as an authentic and original presence with this project, on which he explores the different paradoxes of his existence while trying to make sense of the contradictory forces that seem to want to tear him apart.

Allied with his long-time partner, Sambé, as well as several other collaborators (DoomX of Planet Giza, Pops & Poolboy, Miko, Louis René and Arnaud Castonguay), Franky nevertheless composes half of the instrumentals on this album where he pours himself out. Through alternative hip-hop sounds sprinkled with guitars, synthesizers, various percussions and modified voices, the artist sometimes oscillates between an exacerbated zest for life and a blasé lethargy, sometimes between the fear of loving and a proudly displayed passion. This sensitivity is refreshing in the world of Quebec hip-hop and shakes up conventions that Franky Fade had already begun to test with O.G.B., placing him at the forefront of a new generation of Quebec artists and making CONTRADICTIONS an album that is both personal and universal.

Earlier this week, he unveiled Bon Ami, the third single from his album. The sensual piece transports the listener right into the heart of a story illustrating the passage from friendship to love, in all its shyness and ambiguity.