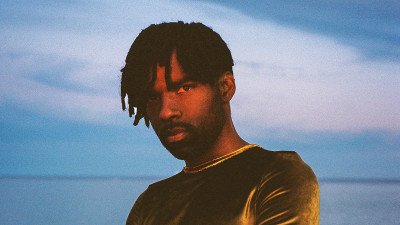 Mark Clennon unveils Stray, the second song off his forthcoming EP Foreign, due out March 19th via Bonsound. On this deeply personal dancehall track, the Toronto-based artist sings in Patois for the first time, as he speaks on infidelity.

Written about the stereotype of cheating black men, the single addresses the collective responsibility to dismantle said stereotype, and calls on individuals to look within before passing judgement. Clennon further explains how Stray is a song I wrote to dispel some of the myths about black men in context to relationships. It’s also the first time I’ve embraced all of my culture in my music to this extent.

Co-produced by Toronto’s Rainer + Grimm (The Weeknd, Drake), alongside Joey Sherrett (Nate Husser) and Mark Clennon, Stray is an upbeat, empowering track that showcases the singer’s strong vocals. Backed by a choir and powerful percussion, it also serves as a reminder to the listener of Clennon’s Jamaican roots. The song opens Foreign, which follows the release of his sophomore EP Passion (2019), on which he revealed some of his deepest concerns, including emotional disappointment, lack of societal acceptance, and whether destiny will turn in his favour. With his newest effort, the crooner fully embraces his outsiderness, less concerned with appealing only to North Americans. Truly wishing to create music that his friends and family in Jamaica will relate to, Mark Clennon trusts that his community will recognize themselves in his high energy R&B, caribbean funk, dancehall vibes and modern soul-pop filled project.