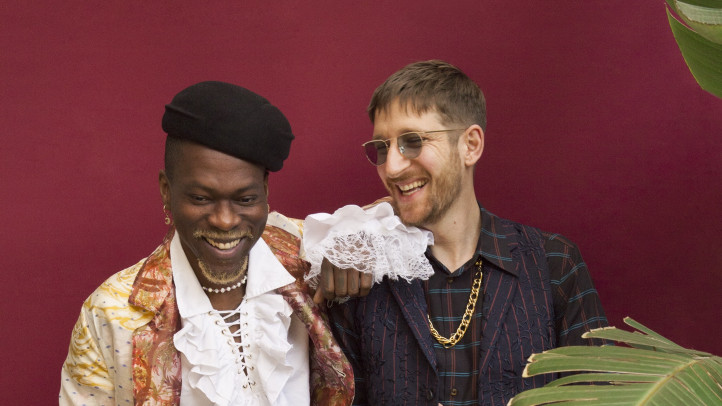 Sentiment is the first single off the EP Classe Tendresse, a collaborative effort from Pierre Kwenders and Clément Bazin, to be released on October 23rd via Bonsound (Canada and USA) and Nowadays (rest of world).

For Pierre Kwenders, this first release is a love letter to Africa that plunges us in a universe of smiling melancholy and nostalgic longing.

With Sentiment, the Afro-Canadian singer-songwriter wanted to pay tribute to all the big cities that make the Mother Continent shine. He also wished to honour some important personalities that are no longer with us, especially Manu Dibango, Cameroonian saxophonist and singer, an African-jazz music icon who passed in March 2020 from Covid-19, as well as DJ Arafat, Ivorian DJ and singer who died in a road accident just a year ago. The latter was known as the “King of the coupé-décalé”, in reference to the popular Ivorian musical genre, recognized for its impactful style and its typically African rhythms, marked by deep bass and repetitive, minimalistic arrangements.

It’s my love anthem with a prompt to “coupé décalé” carried by a simple message: One Love, Moko feeling!, says Pierre Kwenders of the song. Adds Clément Bazin: I have nothing else to say besides that “Allô Dakar, ici Brazza, qu’est ce qu’on s’amuse à Kinshasa” is the best opening line that I’ve ever heard.

The EP Classe Tendresse will feature four original songs, recalling one’s journey through life, from childhood to old age. Through these songs, the listener will be transported both by the sweetness of nostalgia that attempts to cure homesickness and the turmoil caused by harsh, heartbreaking goodbyes, but also by the recognition of how blessed one can be by the love they hold for their homeland and their brothers and sisters. All in the hopes of finding each other again and, ultimately, starting all over.

The EP Classe Tendresse is available to pre-order now.