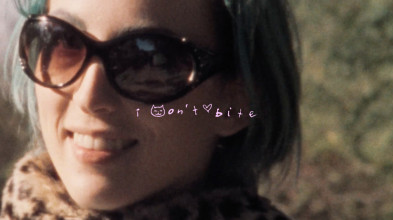 A little over a month after announcing the release of her first full-length record, Sophia Bel now shows her folkier side with new love song I Won’t Bite. Reminiscent of pop-country hits from the mid-2000’s, this track is carried by simple guitar and drums arrangements. The single is featured on Anxious Avoidant, which is due out April 15th, 2022..

On this happy-go-lucky song, instrumentals are put on the backburner with laid back arrangements to let Sophia’s delicate vocals shine through. After recording guitar and vocals in a single take with the help of Christian Sean, banjo and drums were then added to achieve its country feel. Through more playful and seductive lyrics, Sophia Bel puts her heart on her sleeve as she describes the pure bliss of the early stages in a relationship with a sweetness that feels like a warm summer breeze. But past the rose colored glasses is a glimpse of an underlying fear of abandonment, like in much of her other compositions.

A few days ago, Sophia Bel was announced as one of the artists featured on the Osheaga 2022 lineup; you’ll be able to catch her on the Montreal festival’s stage on Saturday, July 30th. The singer-songwriter and producer will also be presenting Anxious Avoidant live later this spring. After a performance at the Baby G in Toronto on May 11th, Sophia will make a stop at Bar L’Anti in Québec City on May 13th. Her album release show in Montréal will take place at Foufounes Électriques on May 25th. For more details and to get tickets, head over here.