Misc unveils a live performance of their song La fin

Misc's new album is out now

Jazz band Misc announces the release of their self-titled album 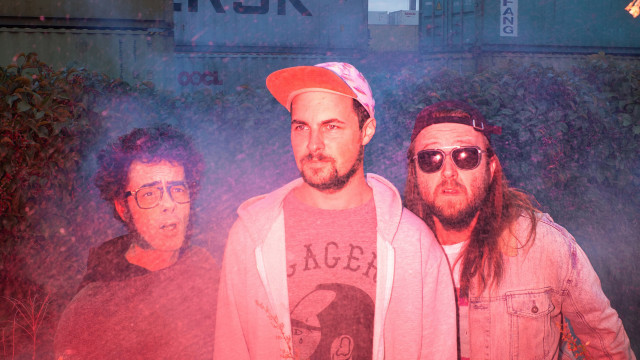 With this new album, the trio pursues their musical exploration and further blurs the boundaries between jazz and other genres. Firmly rooted in a questioning era of stormy social context, Partager l’ambulance (which translates to Sharing the ambulance) refers to the global crisis that shakes humanity right now. The music explores the choice we have to either address the crisis and minimize the fallout, or ignore it and risk severe consequences in the future. This reflection is illustrated on the highly colorful album cover, designed by Christophe B. de Muri.

Mad, the album’s focus track, showcases their ability to dig into their artistic background and deliver songs that are both complex and restriction-free. On Partager l’ambulance, Misc plays with textures using percussion, synthesizers and solid bass lines, all without compromising the melodies. Although most of the songs were born out of soundchecks or late-night jams, the trio's penchant for experimentation also led them to cover Suuns' X-ALT, making their version completely unexpected. While the use of contact microphones in the studio gives the album an intimate late-night feel, and accentuates the architectural nature of the compositions, the great cohesion lies in the distinctive style for which Misc has been renowned since their beginnings.

Partager l’ambulance is available on vinyl, CD and on all music services.