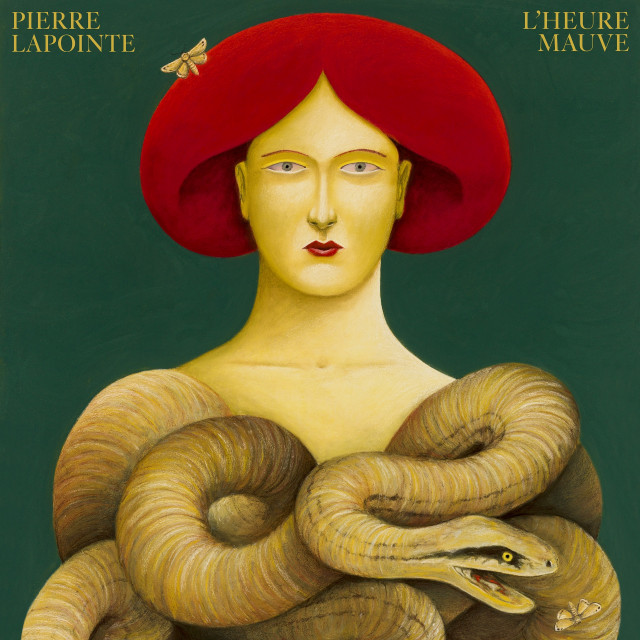 Pierre Lapointe unveils L’heure mauve, a musical work featuring new compositions as well as previously unreleased novel rendition of classics. The album is out today via Bonsound. At the invitation of the Montreal Museum of Fine Arts (MMFA), the multi-talented singer-songwriter has set to song the exhibition Nicolas Party: L’heure mauve, the first exhibition devoted to the Swiss artist in Canada.

In the exhibition L'heure mauve, visual artist Nicolas Party explores the relationship humans have had with nature over the centuries, and creates a dialogue between his works and those of the MMFA's collection. It is in this same spirit of connectivity that Pierre Lapointe has thematically set to song each of the rooms that make up the exhibition.

Composed of two instrumental pieces and 12 songs, including one in German, the album is conceived in seven tableaux. Each of them brings together two songs: a reinterpretation of a classic song, as well as a new composition. The interpretations have been chosen to pay tribute to some of the greatest masters of song and classical music; Charles Aznavour, Léo Ferré, Erik Satie, Félix Leclerc and Gilles Vigneault to name a few.

Gracefully navigating the depths of our soul, these pieces by Pierre Lapointe explore through exquisite poetry some of the artist’s favourite themes: the ephemeral nature of existence, heartbreak and carnal desire. The overall feel is wistful, pierced by sparks of light. Produced by Philippe Brault, the album’s sounds combine piano, guitars, percussion and voice. Some of the titles – in which the Molinari Quartet notably participated – integrate beguiling arrangements composed of choral music, strings and wind instruments.

Thanks to the musical contribution of Pierre Lapointe, the public will be able to enjoy an amplified experience of this major immersive exhibition, on view from February 12th to October 16th, 2022, at the Montreal Museum of Fine Arts. To enjoy this experience, have your headphones and your smartphone on hand. Then, in the galleries, look for the QR codes that will direct you to the soundtrack on various digital music services.