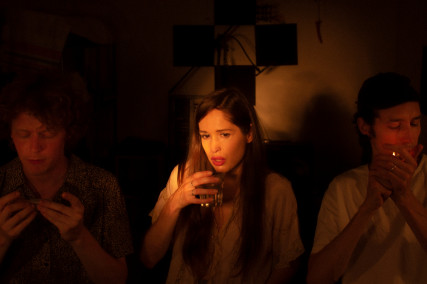 Following the release of their celebrated album Renegade Breakdown in September 2020, Marie Davidson & L'Œil Nu have announced the first in a series of remixes to be drawn from the project, from Jlin, Young Marco and Morgan Geist.

First up is a remix of C’est parce que j'm’en fous from Jlin, a singular electronic producer who has collaborated with the likes of Björk, Holly Herndon, Ben Frost, and William Basinski over the course of several acclaimed albums released on English record label Planet Mu. Today, she delivers a muscular, rhythmic take on Marie Davidson & L’Œil Nu’s song.

It is a refreshing novelty in my career to be approached to film such a freeform concert. For the concept, I imagined the performance as a laboratory experiment. Without completely turning my back on the festive aspects, I favored something a little colder, which leads to a certain purity of the act of watching a concert. - Denis Côté