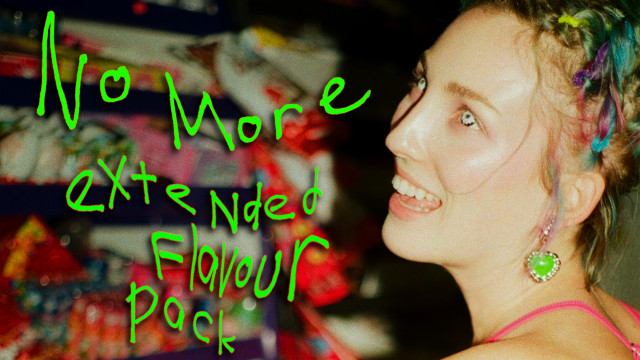 Today, Sophia Bel unveils the No More - Extended Flavour Pack remix EP. This latest effort comes just a few months after the release of Princess of the Dead, Vol. II, her first offering via Bonsound. Launched in November 2020, the EP sees the Montreal-based singer and producer assert herself and explore an even wider range of styles and genres through a nostalgic lens. Ushered in with her “spine tingling ghosting anthem” You’re Not Real You’re Just A Ghost and the kaleidoscopic Voyage Astral, Princess of the Dead, Vol. II made its way to the second position on the earshot! chart. Bonsound is also pleased to announce that Sophia Bel has now joined their booking roster.

Thanks to Durante, Baltra and Frost, No More, a song that recounts an intense and captivating journey, is reinterpreted and reaches new audiences. Why settle for just one flavour when you could taste them all? asks Sophia Bel. Give me sweet, give me sour, give bitter to devour. No more vanilla cake, why should all these colors go to waste?

Leading the way on No More - Extended Flavour Pack is a deep house version of the drum'n'bass track, presented by Los Angeles-based producer and DJ Durante. Next up is New-Yorker Baltra, who was immediately drawn to Sophia Bel's voice. He offers a rendition of No More that is true to his style, which is an exploration of the depths and nuances of electronic music. The final remix comes from electronic music DJ and producer Frost. Particularly known for his focus on a deep melancholic sound and crisp production, the London-based artist unveils a club-friendly remix built around the song's original bassline riff, energized by driven percussion and a four-on-the-floor beat.

Watch and share the art tracks from No More - Extended Flavour Pack via Youtube.
The EP is available now on all music services.